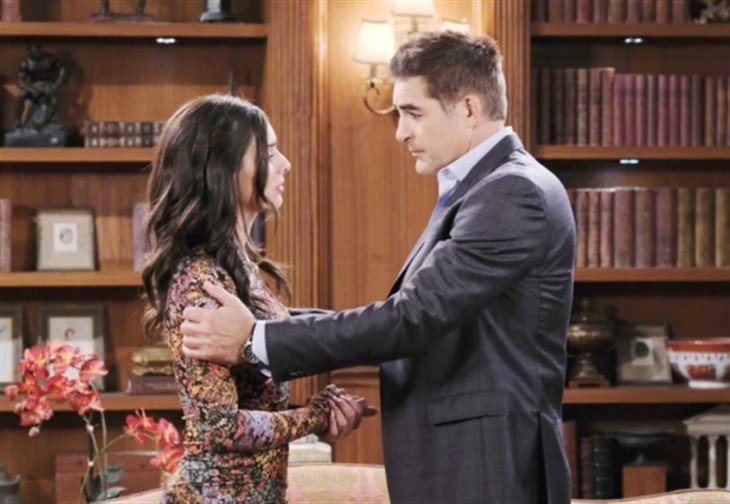 Days of Our Lives (DOOL) spoilers tease that Gabi Hernandez (Camila Banus) will tell her brother, Rafe Hernandez (Galen Gering) that she knows who killed Charlie Dale (Mike C. Manning) in an upcoming episode of Days of Our Lives. But, does Gabi really know who it is, or is she just trying to set someone up?

Days Of Our Lives Spoilers – Gabi Hernandez Knows Of Someone Else Who Might Have Had Motive, Means, And Opportunity

Days of Our Lives viewers will recall that there are at least two more possible persons of interest in the murder of Charlie Dale. Gabi really hasn’t been focusing on her brother’s cases he needs to solve, but it sounds like in the process of the two catching up he might mention the case. She likely has seen something about it in the news as well, as the murder of Charlie Dale has been a big case. Now that she knows Sami DiMera (Alison Sweeney) and Allie Horton (Lindsay Arnold) have been cleared, and realizes that Allie is Kate Roberts’ (Lauren Koslow) granddaughter, she realizes she has a prime opportunity to get back at Kate for stealing Jake DiMera (Brandon Barash) from her!

She remembers when Rafe came over to question Kate about her gun, because she and Abigail DiMera (Marci Miller) had Gwen Rizchech (Emily O’Brien) in the wine cellar at the time and she was in the mansion frequently. She overheard, but she wasn’t in view of Rafe when she did. Gabi asks Rafe about what time Charlie was supposed to have died, and he tells her. She says Kate was out for a while that night during that time! Rafe asks her how she knows – she has to admit to him that she was part of Abigail’s kidnapping plan and she was there because they had Gwen tied up in the wine cellar where Abigail was trying to get Gwen to confess to the murder of her grandmother, Laura Horton (Jaime Lyn Bauer)! Rafe’s jaw drops – and tells her it wouldn’t have been accepted in court anyway, there’s this little thing called coerced confessions!

Gabi didn’t see Allie that night, but she suggests that perhaps Kate did and followed her to Charlie’s apartment thinking she was going to retrieve both Allie and her gun! She may have gotten there just after Allie left and missed her, and got into an altercation with Charlie – of course she would have seen her gun. Maybe she and Charlie got into an altercation over Allie’s rape and the gun, and she shot Charlie!

Rafe begins to think Gabi has a point – Ava Vitali (Tamara Braun) had just made an emotional confession to Rafe that she had saw her other son Tripp Dalton (Lucas Adams) leave Charlie’s apartment before she got there and he died in her arms. If Kate heard Tripp at the door, that might explain why she left her gun behind instead of taking it with her. Rafe is honestly not thinking of Kate as a serious person of interest, but he has to admit Gabi might have a point. He will be questioning Kate again and will be asking Tripp some hard questions as well.