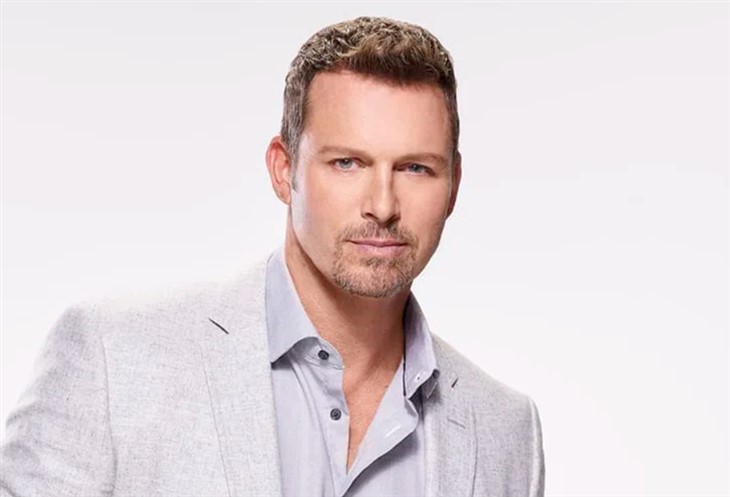 Days Of Our Lives Spoilers – Eric Brady Is Quite Taken

Days of Our Lives Eric is quite taken with his onscreen daughter. Finley took over the role of Rachel when the character was aged this year. Martsolf says “ she is so stinking cute.”. Eric says that Finley reminds him so much of Stacy, who plays her on-screen mother Kristen Dimera. Eric spoke about Finley’s first day in her glittery shoes and clothes. Eric credits his wife for hitting it off with his new costar. Eric says he complimented Finley on her shoes and they hit it right off. Eric says that his wife has told him to always compliment a woman on her shoes. That technique certainly worked with his youngest costar. Of course, it isn’t hard for Martsolf to charm all that ladies, young and old.

DOOL Spoilers – Tate Should Be Aged

Days of Our Lives Martsolf says he wouldn’t mind of the show would age his son with Teresa Donovan (ex-Jen Lilley) as well. Tate Donovan was young when he left Salem with his mother years ago, younger than Rachel is now. I wouldn’t be unreasonable for Tate to be a fifteen year old now and Eric says he has plenty of practice with them. Eric has twin sons, Mason Martsolf and Chase Martsolf. Eric states that he has plenty of practice with fifteen year olds and would be happy to do that same on-screen.

Days of Our Lives Brady has recently found himself in a legal mess since his uncle decided to frame him for murder. Now that Brady is in jail his sister, Belle Black (Martha Madison), is going to have to prove his innocence before Kristen can get her hands on their daughter. Kristen has already tried to kidnap the young girl once and Brady caught her. If Kristen takes off with Rachel it is hard to say when Brady will see his daughter again. Brady needs to be home to protect her. Will Brady and Belle prove that he was framed and that Phillip Kiriakis (Jay Kenneth Johnson) is very much alive? Will Belle find Phillip hiding out with his mother at the Brady Pub before it’s too late?

Brady is about to be railroaded right into prison by Melinda Trask (Tina Haung) because of her vendetta against Kristen. Can Belle save her brother?