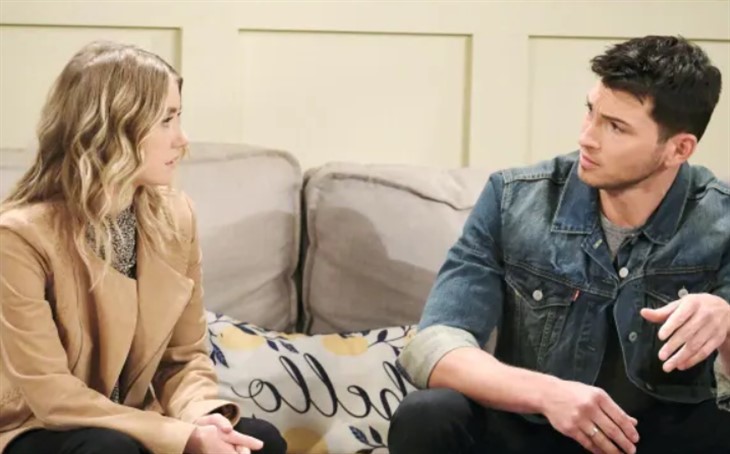 Days of Our Lives viewers will recall that even though both Claire and Ben believed that Ciara was alive and held captive somewhere, both of them have been hurt by her lack of memories of their relationships. Ciara’s memories stopped at the point when Claire tried to kill her by trapping her in a cabin and setting fire to it, but before Ben rescued her, which is when they met and got acquainted. Ben had been a serial killer, but had been in treatment for mental illness that contributed to his killing days and Dr. Marlena Evans (Deidre Hall) had pronounced him cured.

Days of Our Lives viewers will recall that Claire also suffered from mental illness that contributed to her fire setting and insane jealousy, and Marlena has pronounced her cured, as well. Technically, Ben is her uncle by marriage and he and Claire support and understand each other and their faults. Claire believed in Ben’s hopes that Ciara was alive and that he could find her, and she will continue to support Ben and believe in his hopes to win Ciara back, and will do whatever she can to help him win her back! Ben could sense that Ciara started remembering something when he kept giving her reminders of her captivity and how he saved her from her glass walled prison, even though she was under rubble by the time he found her! Ciara had pulled loose a live gas pipe which caused the explosion.

Days of Our Lives viewers will recall that both Ciara’s and Theo Carver’s (Cameron Johnson) families are continuing to tell them not to rush into anything concerning their marriage! Theo and Ciara had come to Salem together in recent Days of Our Lives episodes, both to announce their engagement and for Ciara to bring Ben divorce papers to sign. He burned the first set and tore up the second set right in front of her. Then they got into an argument over hiring Justin Kiriakis (Wally Kurth) because they both wanted to hire him to represent them in court. Neither Theo or Ciara take their family members’ advice not to rush into the marriage well – even though since Ben is refusing to give Ciara the divorce she is so determined to get and she has to take it to court.

Ben is just as determined to make Ciara remember them and their great love and to win her back all over again, if that is what it takes! Claire knows firsthand what he went through to find her and to rescue her, and how nearly everyone else had given up. Ciara’s mother, Hope Brady (Kristian Alfonso) refused to give up hope after finding Ciara’s ring by Vincent Belman’s (Michael Teh) exploded car next to the Salem airstrip. Hope had believed all along it was a breadcrumb that Ciara left to let them know that she was alive. Claire will continue to encourage Ben never to give up on Ciara no matter how bleak things look, because a lesson was learned from not giving up on her when most everyone else thought she was dead!

Is Thad Luckinbill Coming Back To The Young And The Restless?