Days Of Our Lives (DOOL) Spoilers: Claire And Allie Find A Dead Body – Another Murder Mystery In Salem This Summer 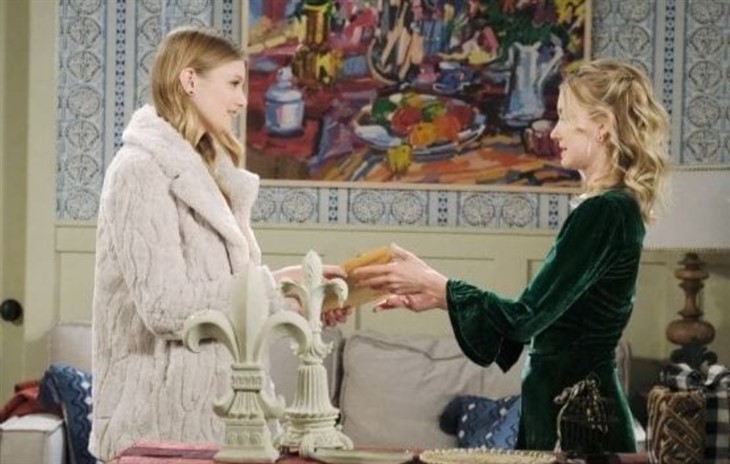 Days of Our Lives (DOOL) spoilers say that if there’s anything that we’ve learned about life in this fictional town of Salem, it’s that you can never know what to expect at any given time. That, and nothing ever goes as planned. But for this summer it looks like the residents of this rather dramatic town are going to be faced with yet another dilemma: a murder mystery. Read on for all of the latest spoilers!

Apparently, someone is going to die in Salem but unfortunately, viewers won’t find out right away who it is. That’s because both Claire Brady (Isabel Durant) and Allie Horton (Lindsay Arnold) are going to find a dead body by the lake. And you know what that means: a killer must be on the loose!

Days of Our Lives spoilers say that the two women are going to encounter the dead body during a day at the lake with Ben Weston (Robert Scott Wilson) and Tripp Dalton (Lucas Adams). And while the four of them are having a lot of fun on this trip, things will head south very fast once they discover the dead body. Of course, this will leave them wondering who had done it and if one of them is next in line.

DOOL Spoilers – A Dead Body Is Found By The Lake

If there’s anything that we already know, it’s that this death was no accident. Or at least, that’s what Eli Grant (Lamon Archey) thinks. Now, as far as who the missing person might be, there’s speculation that it can be just about anyone. After all, we still don’t know what happened to Sarah Horton (Linsey Godfrey), so it could easily be here. That, or Kristen DiMera (Stacy Haiduk) might have had enough and decided to take matters into her own hands and murder Gwen Rizczech (Emily O’Brien). That, or it might be Xander Cook (Paul Telfer) seeing how he’s been getting in a lot of trouble, too. Of course, fans will have to tune in to find out what will happen next!

Let us know your thoughts on this story in the comments section below. Are you a fan of daytime television? Be sure to catch up on everything happening with Days of Our Lives right now. Come back here often for all the latest Days of Our Lives spoilers, news, and updates.