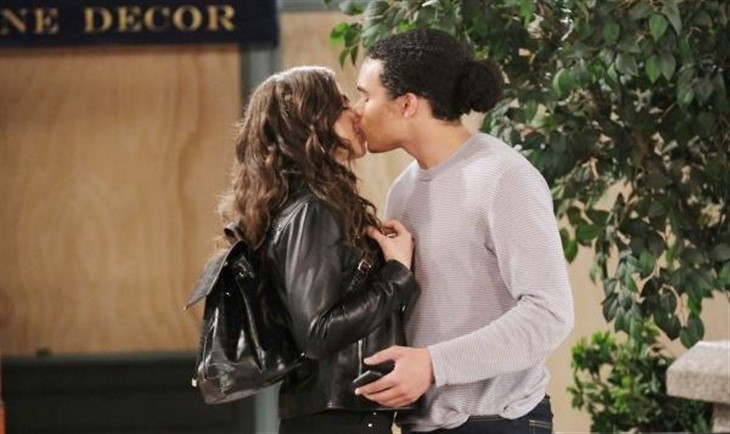 Days of Our Lives (DOOL) spoilers for Thursday, July 22, 2021, reveal a major story flashback to 1984, as well as cliffhangers galore to leave you wanting to come back for more in two weeks when the Olympic games are over.

Ciara (Victoria Konefal) is determined to marry Theo (Cameron Johnson) on the same day that she married Ben (Robert Scott Wilson) a year ago — ostensibly to purge being married to a serial killer from her mind. Her amnesiac self doesn’t remember the Ben past the killings or ever loving him, but she’s happy to marry her childhood best friend.

However, there are numerous people in Salem who are determined to prevent this from happening, including Claire (Isabel Durant), Allie (Lindsay Arnold), and especially Ben. Together, they devise quite the plan to make sure Ciara is not where she should be when it’s time to take those vows. In fact, it’s all very reminiscent of when Allie’s namesake and late great-grandmother, Alice Horton (Frances Reid), helped Ciara’s father, Bo (Peter Reckell), ensure Hope (Kristian Alfonso) didn’t marry Larry Welch (Andrew Massett). Will this younger generation succeed?

Nicole (Arianne Zucker) also just celebrated her wedding anniversary, which will also now be the anniversary of the day she and Eric (Greg Vaughan) called things quits. Sami had to make sure Eric knew all about Nicole sleeping with Xander (Paul Telfer), and now Nicole has to make sure EJ (Daniel Feuerriegel) knows all about Sami sleeping with Lucas (Bryan R. Datillo). How will she ensure the truth comes out so that she can feel the same satisfaction that Sami did.

Lucas is now frustrated with Sami’s determination to hide the truth from EJ and tells her it’s time to come clean, but she’s unwilling. After all, she didn’t waste all that time searching for EJ and nursing him back to health for nothing. This prompts Lucas to turn to Philip (Jay Kenneth Johnson) for help in getting what he wants and what he wants is Sami. It turns out Philip may have a way to help his brother out after all. Stay tuned to Days of Our Lives weekdays to find out.