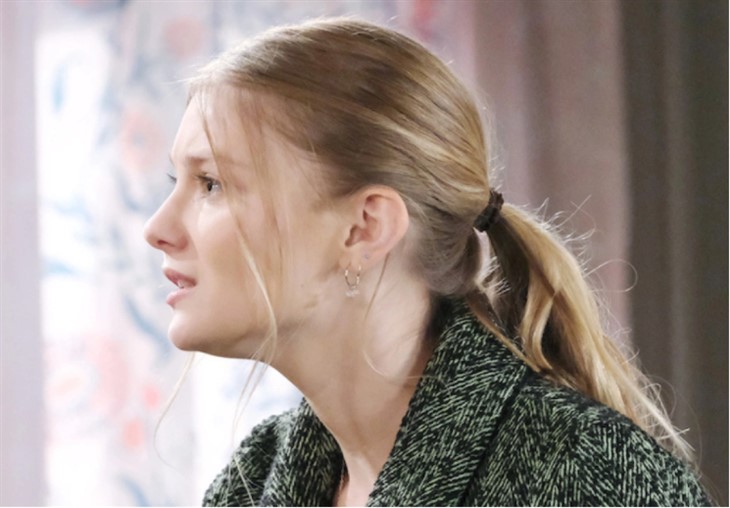 Days of Our Lives (DOOL) spoilers reveal that this week in Salem, Allie Horton is going to be hypnotized and will have a “total recall.” During an interview, actress Lindsay Arnold previewed what fans can expect. When Allie remembers everything from the night she was raped, it will make her feel a bit “insane.” Keep reading to find out what the actress had to say about the upcoming scenes.

Days Of Our Lives Spoilers – Allie Horton Is Terrified

DOOL spoilers reveal that Allie has made the decision to get hypnotized by Dr. Marlena Evans (Deidre Hall). However, it is something that terrifies her. The actress explained to Soap Opera Digest that Allie has been pushing what happened that night down and doesn’t want to live through it again. At the same time, she knows that it is necessary for her to go through this.

Allie needs constant reassurance from her family and friends that getting hypnotized is the right thing to do. She knows that when she remembers everything from that night, there will be no going back. Those images, sounds, smells, feelings, and everything she was thinking during the attack will come back. She won’t be able to erase any of that and she’s afraid the trauma could cause her to mentally spiral.

It has already been confirmed by Mike Manning, who plays Charlie Dale, that we will see flashbacks of the rape. Arnold spoke about the heavy, emotional toll that remembering the rape will have on Allie. It’s not just the trauma from the rape that will affect Allie. She will have to admit that for several months she kept lashing out at Tripp for lying. Now she will find out that he was telling the truth along.

“It’s a huge shock for her and a huge blow to the entire last few months for her, because she’s had a totally different story that she thought happened.”

Days Of Our Lives Spoilers – Feels Guilty About Tripp Dalton

Days of Our Lives spoilers reveal that Allie will feel tremendous guilt about putting Tripp through all that. She also remembers what a kind gentleman he was that night. He made sure that she got home safely and even though it would have been easy to take advantage of her in that state, Tripp was respectful.

As for how the rush of memories will make Allie feel, Arnold admits that it will give the Salemite mixed emotions. She wishes that she got hypnotized much earlier. She wouldn’t have wasted so much time and energy accusing an innocent man. She also could have saved Claire Brady (Isabel Durant) from getting involved with a rapist. But at the same time, she has run away from her trauma for the past year. Now she won’t be able to do that.

“She’s just really overwhelmed and feeling a bit insane about this whole situation.”