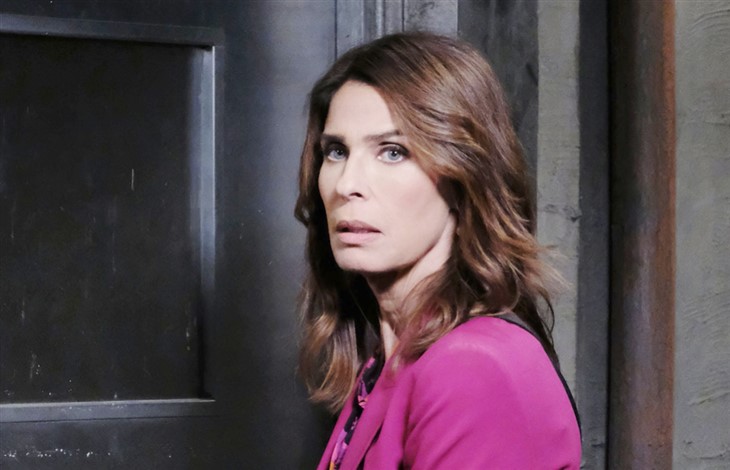 Days of our Lives (DOOL) spoilers reveal that after four decades as Hope Brady on the NBC sudser, Kristian Alfonso left the show in a sudden and unexpected manner. Fans saw her final episode over a year ago in October of 2020. Fans howled long and hard over the abrupt exit and now our inside source at NBC has heard that a recast will happen.

Days Of our Lives Spoilers – Kristian Alfonso Was Hope Brady

It was reported that the show wanted her to take months off from the show, then return. She did not see the logic nor the need, and instead decided to do the reasonable thing and simply exit stage left.

The character’s absence has been glaring given that her daughter is usually involved in big storylines, plus Hope had an important job and plenty of male admirers.

According to our source inside NBC, the show is taking steps to bring Hope back to Salem. It will be after her poor girl Ciara Weston (Victoria Konefal) went through a few things like presumed death, kidnapping and now being pregnant with the devil’s object of desire.

Ciara has been through a lot without her ever loving mom to stand beside her, and let’s face it, ever since Hope left Rafe Hernandez (Galen Gering) has been a hot mess. He’s involved with a mob princess (he’s a cop what’s he thinking?!), and he’s getting into existential chats with a teddy bear. Clearly he has lost his compass.

For fans of Hope and her portrayer this rumor may sound bittersweet. On the one hand Hope will be back where she belongs. On the other hand the character will look and sound different with another actor in the role. But life is a tradeoff and how often do we get exactly what we want?

Here is a little background on the character of Hope Williams Brady. The character was portrayed by Kristian Alfonso on-off from April 1983 to October 2020. Hope is a member of the legacy Horton family, and the mother of Shawn-Douglas Brady and Ciara Brady. She works for the Salem P.D. Alfonso was nominated for a Daytime Emmy Award for Outstanding Younger Actress in a Drama Series in 1985.