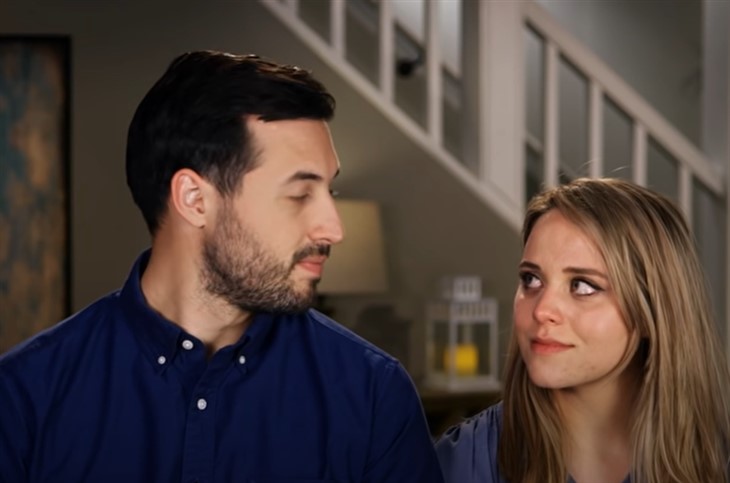 Counting On stars Jinger and Jeremy Vuolo, like the rest of the family, said very little during the trial of Josh Duggar. However, after the outcome and the jury returned their guilty verdict for possession of child pornography, they started speaking out. Derick Dillard issued a statement first and shortly afterward, Jinger and Jeremy said that they feel grateful for justice.

Counting On –Josh Duggar Trial Very Emotional For The Family

During the trial of Josh, various people arrived at the court and that included some of the siblings of the accused. The 19 Kids and Counting and Counting On alums showed various signs of stress when they entered and left the court. Of course, after the guilty verdict, his wife Anna was photographed looking shattered. So too, did Austin Forsyth who attended with his wife Joy-Anna Duggar. In the case of Austin, people felt proud and sad for him. Bear in mind he heard testimony about Josh and the child molestation case from the early 2000s. His wife was one of the victims of her big brother.

The whole court case was a difficult and distressing time for many of the Counting On family. When Derick and Jill Dillard gave their statement, he described it as feeling “more like a funeral.” And, on behalf of their sister-in-law, Anna, they felt sadness. But, most of all they felt glad that justice was served. Like Joy-Anna, Jill was also a victim of Josh. Now, it emerged that Jeremy and Jinger Vuolo hold similar sentiments. Mind you, Jeremy was a bit harsher on Josh Duggar.

Counting On – The Statement By Jeremy And Jinger Vuolo

Obviously, the family prepared statements depending on the outcome of the trial. While not all of the Duggar family issued statements, Jeremy and Jinger were extremely popular on the TLC show. So, fans waited to see what their reaction to the guilty verdict would be. Clearly, they are against what Josh did. In fact, their joint statement read: “Josh claims to be a Christian…[and] we fear for his soul.” Additionally, they lambasted him, using bible verses, about why that sort of behavior turns people off following Christ.

The Counting On stars ended with, “We are thankful to God for exposing Josh’s actions and to a legal system committed to protecting the innocent and punishing the guilty in this case. We are grateful for justice. We are praying for further justice, vindication, protection, and healing for all those who have been wronged.” Fans could not comment as the post was locked. However, they went over to Without A Crystal Ball’s account and commented there.

In the caption that Katie Joy wrote, she said, “Jinger & Jeremy destroyed Josh in their statement. Jinger is already cut off by Jim Bob Duggar.” Well, she also mentioned that Jason Duggar has similar sentiments. One fan wrote, “I love that Jessa, Jill, Joy and Jason support this statement!!!” Another one noted, “All the siblings should copy and paste this.”

Be sure to catch up on everything happening with the TLC cast right now. Come back here often for more Counting On spoilers, news, and updates.

How Old Is Meghan Markle?