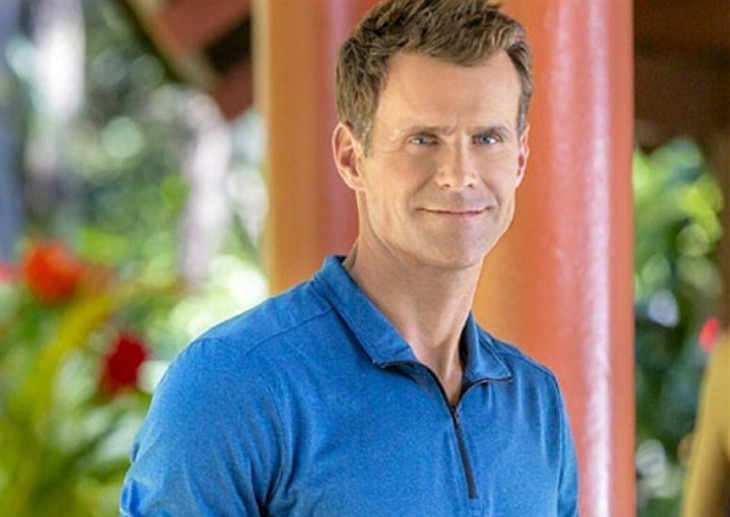 General Hospital spoilers and updates tease that Cameron Mathison will soon be gracing the screens as a new character in the soap. There’s no news as to when he’ll make his debut or who he’ll be playing. However, the actor opened up about joining the cast of the daytime soap.

It’s been a decade since Mathison left daytime so being part of General Hospital was exciting for the actor.

“I’m having such a good time,” Mathison said.

“It feels in many ways like coming home,” he continued.

All My Children ended in 2012. Since then, the actor has kept himself busy with various projects like becoming the co-anchor of Hallmark Channel’s morning program titled, Home & Family. Even though he’s been away from daytime for a long time, the actor admitted that it always had a “very, very special place in my heart.”

Mathison took the opportunity when he learned that he had some available time and got in touch with General Hospital showrunner Frank Valentini. He had some spare time since the production of Home & Family was scaled back to twice a week.

The actor admitted that he always wanted to work on General Hospital. So, he reached out to Valentini.

“I kind of reached out to Frank… and I just said, ‘Listen, Frank, I’m going to have three days a week [free] and I don’t know if there’s anything, I don’t want to be presumptuous, you know I’ve always been a huge fan of yours and the show… ’” the actor shared.

Mathison revealed that he didn’t finish the text but Valenti understood what he wanted and said yes to it without hesitation. When asked about his role, the actor said he has no idea because he’d been given different names of characters and storylines.

Even so, he’s excited to be part of the show and he considers it “a great opportunity” as an actor. It’s different from his previous roles and it plays to his strengths, in a way.

Mathison and his wife, Vanessa, have been a fan of General Hospital. He even shared that she didn’t know who he was when they first met even when he was already on All My Children because she only watched General Hospital. And so, she’s very excited to be part of the soap.

90 Day Fiance: Steven Frend Gushes At Olga Koshimbetova – Are They Back Together?

DOOL Spoilers: Ben Crashes And A Knock On the Head Causes The Old Ciara To Resurface