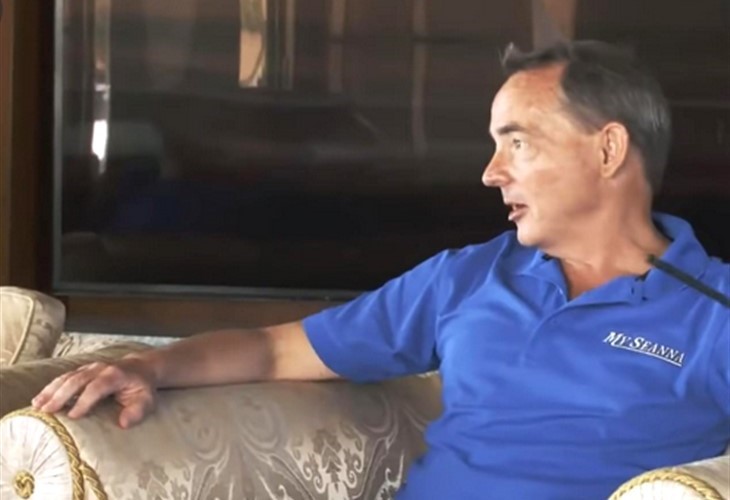 In the trailer for Below Deck, we learn that Captain Lee Rosbach won’t be arriving at the boat due to an unspecified circumstance but we also learn that he’s likely to return later in the season.

For the time being though, the crew will have to adapt to the new captain, Sean Meagher, who is clearly the perfect choice for replacing Captain Rosbach, since he is the actual real-world captain of the My Seanna, when it’s not being filmed with Rosbach at the helm.

Below Deck – Who Is Captain Sean Meagher?

According to Starcasm, Sean Meagher grew up in Cape Cod, Massachusetts and began sailing at the age of eight.

By the time he reached 18 years of age, he was already the youngest captain at the ferry company Hyline Cruises.

In his long career sailing, he has traveled throughout the world, passing through the ice fields of the Northwest Passage and even The North Pole.

Meagher has explored the four corners of the earth and, through his other passion, photography, he has recorded his journeys through images.

Many of the images that the new captain has captured during his journeys chronicle the vast swaths of plastic waste that riddle the oceans, much of which can be found in remote regions of the globe.

He works for a non-profit organization called, The Ocean Voyages Institute, founded in 1979 by a group of international sailors, educators, and conservationists whose mission is teaching maritime arts and sciences and preserving the world’s oceans.

Below Deck – My Seanna Has New Owner, New Name

The superyacht, My Seanna, has been a part of Below Deck for all of its six seasons and now it has a new owner as well as a new name.

Captain Sean Meagher, who is also a sales broker recently sold My Seanna, and though it is unknown how much it actually sold for we do know, according to Boat International, that the asking price was $21,900,000.

Since the time of the sale, My Seanna has received a total makeover and the 6-cabin yacht now goes by the moniker, Starship.

In May of this year, Sean shared an Instagram post where he shared an image of the newly revamped Starship, captioning it, “The iconic MY Seanna is available for showings in Fort Lauderdale.
In 2020 she underwent an extensive $5,000,000.00 refit at LMC including:
New Paint
Engine and generator rebuild
Bottom Paint
All Through hull fittings replaced or rebuilt
New Exterior cushions
New Interior furnishings
New Jet Skis
New tender.

A new season of Below Deck, with be hitting the small screen on October 25, 2021, and you’ll be able to catch it on Bravo 9/8 Central.