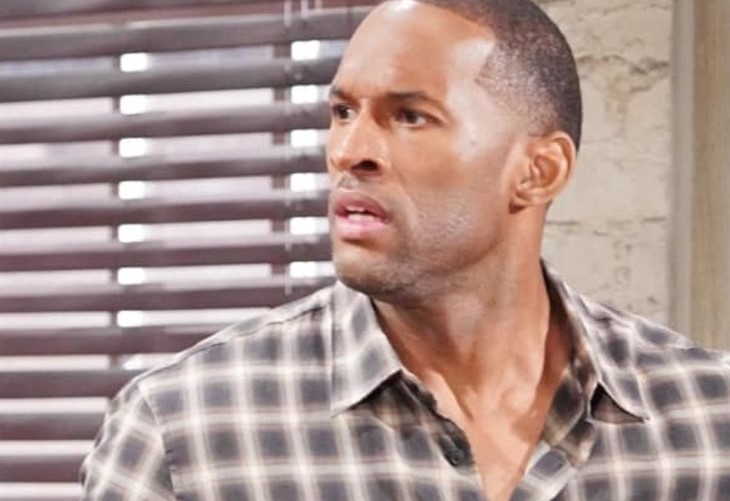 The Bold and the Beautiful (B&B) spoilers for Wednesday, December 1, 2021, reveal Carter Walton finally realizing where he wants his life to go — and who he wants to spend it with.

The Bold And The Beautiful Spoilers – Has Carter Walton’s Love Been There All Along?

Carter (Lawrence Saint-Victor) has had quite a year between nearly marrying Zoe Buckingham (Kiara Barnes) twice and having an affair with the boss’s wife, Quinn Forrester (Rena Sofer). Carter even managed to fall in love with Quinn and asked her to run away with him, but she chose Eric Forrester in the end and may even lose him now depending on what happens with Donna Logan (Jennifer Gareis).

A lonely Carter then struck up a friendship with Katie Logan (Heather Tom), who has been at a crossroads in her life for a while. Does she take Dollar Bill (Don Diamont) back or not? After all, he hurt her so many times before and she’s not really sure she can trust him no matter how much he says he has changed.

On Wednesday, Carter realizes who he wants and what he wants and it looks like it’s a relationship with Katie. Will she bite the bullet and dive into this headfirst with him to see where this can go? Or is she still trying to decide what to do about the Bill situation, something that has been taking her well over a year at this point?

B&B Spoilers- Brooke Loses Logan It With Everyone

Brooke Forrester (Katherine Kelly Lang) just can’t stand the arguing over Deacon Sharpe (Sean Kanan) and his place in Hope Logan Spencer’s (Annika Noelle) life any longer. She is not just sick of Ridge (Thorsten Kaye), she is also sick of Deacon and wants both men to just be quiet and stop sniping at one another.

Her outburst chastising them also leaves Hope angry and she takes her father’s side. Deacon is turning out to be quite the problem for Brooke and the surprisingly sane and eventless life she seemed to be leading with Ridge. But this is a soap opera and drama must occur. At least this time, she is not kissing Bill Spencer being her sister’s back, but she is definitely doing damage to her marriage to Ridge, which could be a good thing at this point. Stay tuned to The Bold and the Beautiful weekdays to see how this story plays out.