B&B Spoilers: Finn Has To Make A Choice — Again! 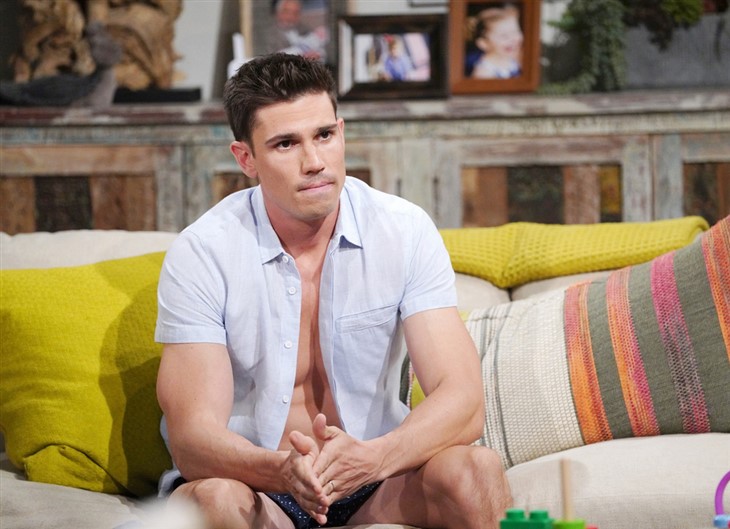 The Bold and the Beautiful (B&B) spoilers for Tuesday, September 28, 2021, reveal in Los Angeles Finn breaking up the scene between Sheila Carter and Steffy and once again being put on the spot.

The Bold And The Beautiful Spoilers – What Will John Finn Finnegan Do Now?

Steffy Forrester (Jacqueline MacInnes Wood) couldn’t believe it when Sheila Carter (Kimberlin Brown) once again waltzed into her living room via the back door and made another case for being able to see her son and grandson. Of course, the true Sheila came out as soon as Steffy pushed her buttons, so Steffy pushed Sheila even more — physically. And that made Sheila very, very mad, vowing in her mind to get rid of Steffy any way she can.

Then Finn (Tanner Novlan) walked in and on Tuesday he has to diffuse this situation between his wife and mother but also listen to Sheila once again beg her to give her a chance and not let Steffy come between them. This is getting a little old for Steffy (and also the audience) as she once again has to watch Finn try to decide who is more important to him — her and their son or this crazy woman he hardly even knows? Will Finn let Sheila influence him or stay true to Steffy and Baby Hayes?

Quinn Fuller Forrester (Rena Sofer) and Carter Walton (Lawrence Saint-Victor) want each other and also want to do what Eric (John McCook) has asked of them, so here they are sleeping together again. Too bad Ridge Forrester (Thorsten Kaye) decided to hire Justin Barber (Aaron D. Spears) to see just what Quinn has been up to. Ridge never expected Justin would find Quinn and Carter in bed considering he still considers Carter a friend and trusts him.

Now, Quinn and Carter have to find a way to explain themselves without revealing Eric’s secret — that he is suffering from erectile dysfunction and practically begged Carter to satisfy his wife. They didn’t mean to sleep together again. Eric MADE them do it — but how can they explain that to Justin without destroying poor Eric? Stay tuned to The Bold and the Beautiful weekdays to see how these stories play out.