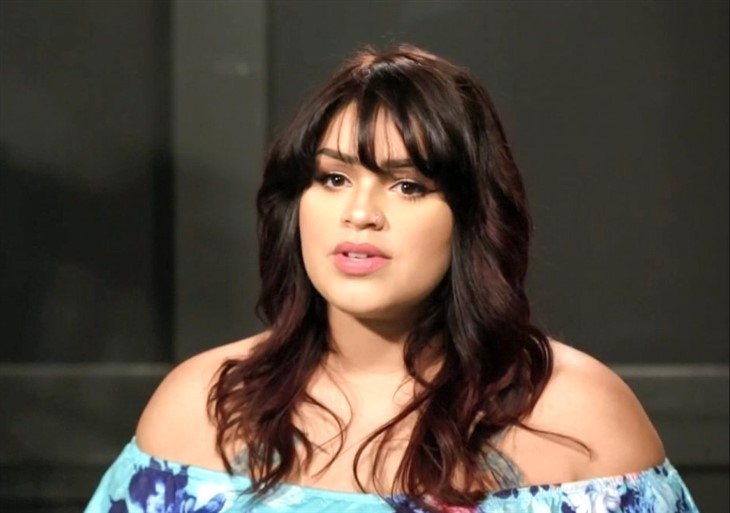 90 Day Fiancé: Happily Ever After? star Ronald Smith has claimed that his wife, Tiffany Franco Smith, had cheated on him with a cameraman while in South Africa. Tiffany denies the claim, saying there was “nothing romantic” between her and the TLC employee.

In an explosive teaser trailer for the upcoming Part 1 of the 90 Day Fiancé: Happily Ever After? Tell-All, Ronald accuses Tiffany of cheating on him with a TLC cameraman while in South Africa. He was hinting that she had been unfaithful during their long-distance relationship. In the clip (included here), Tiffany denies the claim, leading Ronald to exclaim ominously that he “will make s*** known.”

Since then, in an interview with In Touch, Tiffany, 29, has opened up about the cheating claims. She claims that Ronald was “just jealous” because she and the cameraman were friendly. Tiffany said he had filmed with her many times back home in America and actually flew on the same plane with her to South Africa. She said the kids knew him and she knew him. Tiffany said they have the same sense of humor and get along really well, but that is all.

Tiffany insists that there is no truth to the rumors that she was having an affair with the cameraman. The mom of two said there was nothing romantic about it. He is a happily married man and she is a married woman.

Tiffany said that Ronald is jealous because he would often see her joking with the cameraman. He would come over to her, saying, “Why did you stay there with all the camera people, joking around instead of being with me?” Tiffany said she would respond, saying sorry, she didn’t realize she was doing that and just got carried away in conversation.

What made matters worse is that when they had a “huge blowout fight,” obviously the cameraman had to film that. She said unfortunately, the cameraman who was behind her was the one that she had filmed with many times. When Ronald told Tiffany to get into the car after their argument, he got even angrier, as she had tried to laugh the situation off with the camera guy.  Tiffany said she was very embarrassed by the argument.

Tiffany has a son called Daniel, from a past relationship and shares a two-year-old daughter, Carley Rose, with Ronald. Their relationship has been a rocky one since the start of the TLC reality show and recently, the marital drama has reached new heights. Now, with accusations of cheating with the cameraman, their relationship just took another heavy hit.

Readers can catch part 1 of the 90 Day Fiancé: Happily Ever After? Tell-All on TLC on Sunday, August 15 at 8 pm ET/PT.

General Hospital (GH) Spoilers Thursday, August 12: What Will Ava Jerome Do With The Truth?