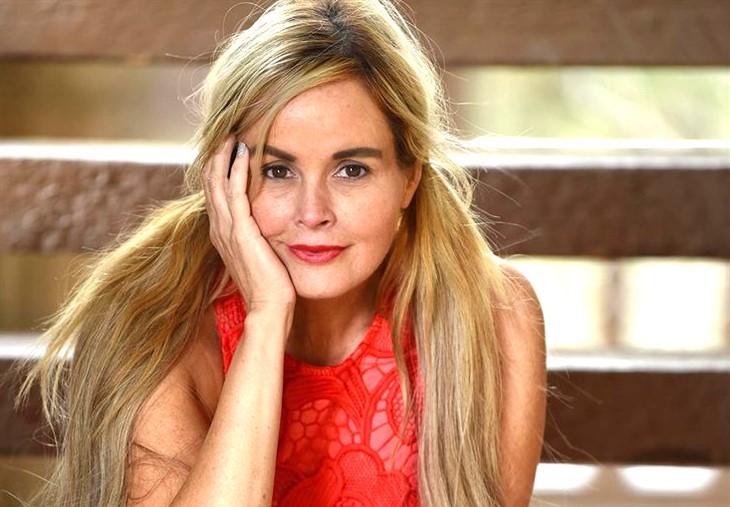 90 Day Fiance star Stephanie Davison is back on social media after months of silence. The ex-girlfriend of Ryan Carr went on an indefinite hiatus after her recent legal bout with the Michigan Attorney General.

Now, the reality star is giving updates about the situation, marking her return to Instagram. Here’s what she has to say about it.

Earlier this week, Stephanie Davison made a surprise comeback on Instagram. After months of being quiet on the platform, the 90 Day Fiance star broke her silence with a bang.

Stephanie marked her IG return with a photo of herself strategically posed to cover her nude body. The reality star confidently showed off her figure, drawing mixed reactions online.

The 90 Day Fiance star is not one to shy away from exposing some skin on social media. This is despite the criticism she gets every time she posts sexy photos and videos of herself.

Along with the racy snap, Stephanie Davison also posted an update about her legal battle. The 90 Day Fiance star gave the “attorney general’s final statement.”

The 90 Day Fiance star said this legal battle has been very difficult on her. Still, she’s grateful that things are now settled once and for all.

“ This has been the worst thing that I’ve ever endured,” Stephanie said. “I’m grateful for their willingness to admit their legal conclusions.” 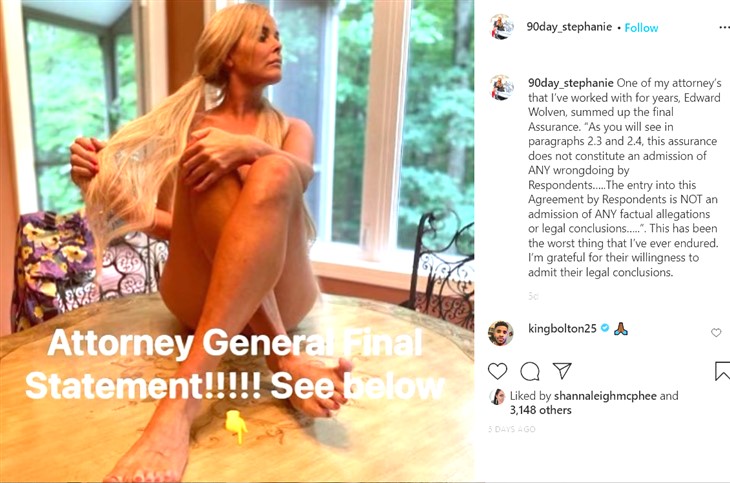 TLC 90 Day Fiance Spoilers – How It All Started

Earlier this year, Stephanie Davison got into trouble with the Michigan Attorney General after supposedly making false claims about COVID-19 prevention. Apparently, the 90 Day Fiance star claimed her products at Skin Envy can strengthen the immune system and help prevent contracting the virus.

But Attorney General Dana Nessel opposed Stephanie’s supposed claims. She said the only way to prevent the spread of the virus is by vaccinations. She also issued a cease-and-desist letter for the reality star and was given 10 days to retract her supposed claims.