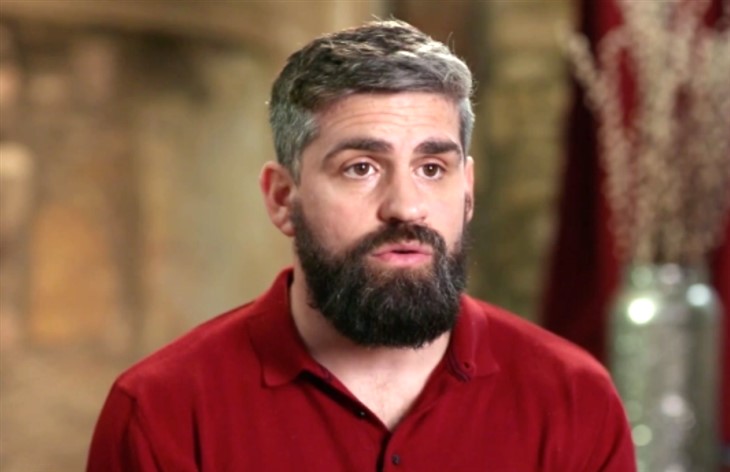 ASK AM FOIR PIC As fans know, the 90 Day Fiancé: Before the 90 Days couple has been having some difficulty getting Jon, 34, a spousal visa so that he can come to the United States to be with Rachel Bear, 33.

Jon Walters has a record that has been preventing him from obtaining a visa to come to the US, even though the couple are already married with a child.

Jon’s record contains numerous convictions with some being violent.

“May 5th of this year Jon had his interview at the U.S. embassy in London,” Rachel said in a Saturday YouTube video that we’ve provided below.

She added that “Jon’s initial application was, in fact, turned down.”

The couple wasn’t deterred by the denial as it was exactly what they expected.

“We knew this was going to happen, so this wasn’t a big deal,” Rachel told viewers.

Now that the visa has been denied they can submit a waiver which is the couple’s best bet to get Jon to America.

Even though they knew the visa would be denied, initially, the couple has still been frustrated with Jon not having a chance to defend himself.

According to Jon, “When I went for the interview, the guy explained that — he basically said, ‘Hello, how you doing?’ And then said, ‘Oh, because of your criminal record I…can’t process this visa application.’ He said, ‘It’s not for me to make a decision.’”

Jon indicated that he didn’t even get a chance to make his case, that the Embassy man told him “I can’t look at any of that… it’s down to interpretation, and we interpret that because of your conviction in the past, we won’t issue visas.” but then added, “But there is somebody who does deal with that in this in the State Department, and you can apply for a waiver, and they can decide whether they accept your application and look at your waiver — whether they deny it, or whether they issue a visa.”

TLC 90 Day Fiancé Spoilers – The Couple Has another Option

Now it’s more of the waiting game for the couple, something they surely have gotten accustomed to.

But according to Rachel, even if the waiver is denied, they have another option.

“There is one other step we could do, according to our lawyer’s office, which is to fight the final answer,” adding that the fight would require “more money of course, more time,” saying that that eventuality is “probably not that wonderful.”

She says they’ll cross that bridge when they come to it and right now, they’re banking on the waiver being successful.

We’ll continue to follow the issue and keep fans updated – as soon as we know, you’ll know.

DOOL Spoilers: Bonnie Comes Face To Face With Her Past – Chanel’s New Man