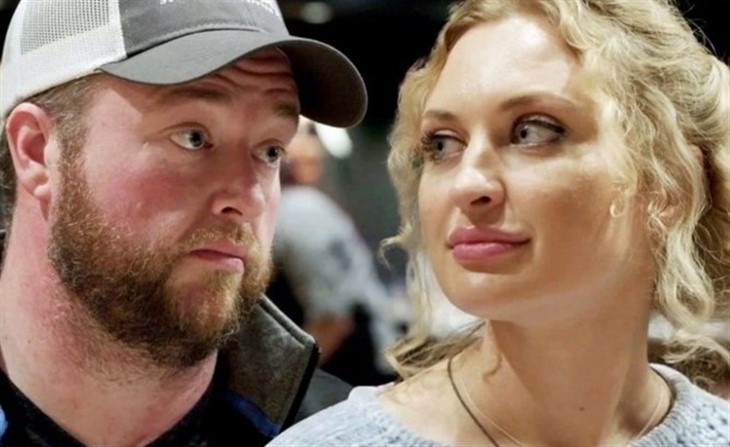 90 Day Fiancé” Star Mordovtseva on Tuesday, April 27, shared a link on her Instagram Stories for fans to vote for her to be the next cover on Maxim Magazine. Her new bio on the website mentioned another TV Show “Single Life” which might have proven Natalie and husband Mike Youngquist’s divorce after less than a year in marriage.

An Instagram blogger named That Mommy Who Says Bad Words was quick to capture and upload the screenshot. The photo showed Natalie’s bio on the website and it reads: “Nataliia Podiakova. I’m an actress and reality TV star. 90 Day Fiancé Season 7 and 8, HEA, Single Life. I wrote a book about life in the U.S.”

The blogger pointed out Natalia might have unintentionally revealed her break-up with Mike by mentioning “The Single Life” in her bio, which is a “90 Day Fiancé” spinoff. The spinoff follows “90 Day Fiancé” stars who have failed in their relationships with spouses or partners and are transitioning from the show to “their new life and search for love.”

“90 Day Fiancé” viewers also observed Natalia used a different name Podiakova instead of Mordovtseva and pointed out there are still more things this Ukrainian lady hasn’t revealed to the public. A fan commented and criticized her act, questioning why did the couple even marry. “It was all about the green card for her,” the fan said.

After the bio circulated in the media, it was later updated removing “The Single Life.” The 36-year-old Ukrainian model dismissed the rumors in a live session in her Instagram account. “I’m not in Single Life. It was a mistake made from [Maxim’s] side as other cast members also take part in the competition. So they accidentally put it,” she explained.

The star said people can watch her on “90 Day Fiancé: Happily Ever After?” season 6, which made it impossible for her to appear in “The Single Life.” She said her fans “will understand why” sooner. “I’m sorry for this misunderstanding… It just happened.”

TLC – ‘90 Day Fiancé’ Spoilers – Been Through Trials And Tribulations

Natalia and Mike are one of the franchise couples that get on the nerve of the viewers. Their debut was in season 7, which showed an entire season of fighting over almost everything. From IQ, class, miscommunication, and issues of Mike cheating her, which she ended up throwing her engagement ring, fans have anticipated the couple’s separation sooner.

To everyone’s surprise, the couple returned for season 8 and got married on April 15, 2020. Including Tell-All host Shaun Robinson, she admitted she was really shocked to see them together after witnessing the couple’s fight over cheating allegations. Natalia accused Mike and his best friend Sarah, who invited him to be her best man, to have slept together before her wedding. Robinson confessed it was the “most intense moment” she has spent in the Tell-All. “That was the time I knew this relationship was over,” she said. But she was wrong.