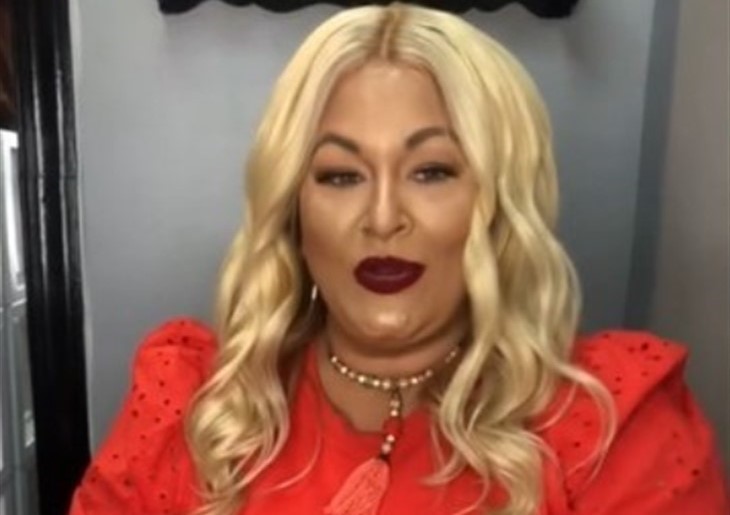 Molly Hopkins is known for her fun and outgoing personality on 90 Day Fiancé and 90 Day: The Single Life. Fans have always enjoyed her participation on TLC’s Pillow Talk, as she is so open and honest. However, Molly made an Instagram post on Friday that has shocked fans to the core. With her bleached blond hair and heavy makeup, she hardly looks like herself at all.

Molly Hopkins, 45, has revealed that she stays confident, due to her much-loved hair and makeup team. While Molly is busy as the CEO of Livi Rae Lingerie, she needs to look her best at all times. However, after revealing a brand-new look in an Instagram video, fans aren’t quite sure what they feel about her bleached-blond look.

Molly quickly bounced back after divorcing her 90 Day Fiancé season 5 co-star, Luis Mendez. The mother-of-two currently stars on the discovery+ spinoff, 90 Day: The Single Life. Fans are delighted that Hopkins has found love again with a Brooklyn cop, Kelly. She has introduced him to her family and Kelly gets on well with her two daughters, something Luis never achieved. 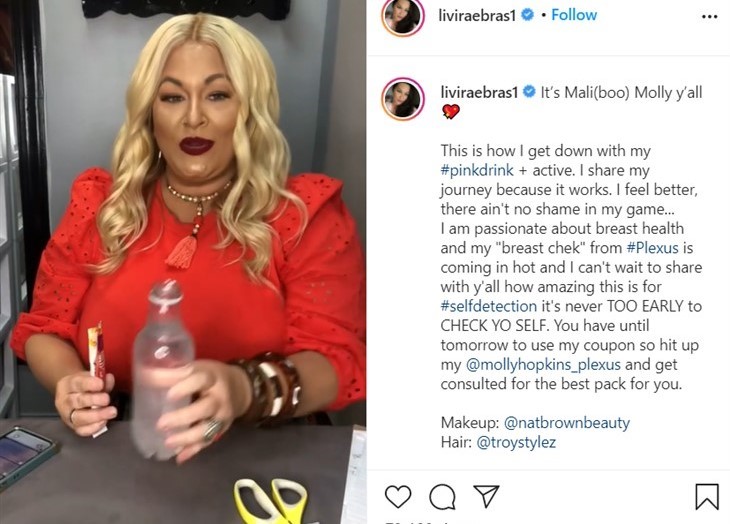 Now she has a thriving love life again, Molly has decided to mix things up a bit, as she debuts her new look on Instagram. She referred to herself as “Mali(boo) Molly” in her post, but her new look wasn’t the focus of the video. Hopkins rather used the clip to discuss Plexus and breast health, something of importance to all women. Scrolling through the comments reveals one commenter who referred to her as “Molly parton,” while others echoed the term “Malibu Molly.”

Molly credited her makeup and hair team for her new, bold look. While many fans were shocked by the new hair, she clarified in the comments that she was actually wearing a wig. Apparently, her hairstylist, Troy Turner had fitted her with the new appearance. However, Molly told her fans that Go Naked Hair custom clip-in extensions can achieve the same look.

Meanwhile, one of her fans posted her image to Reddit and started up a discussion under the heading, “I feel like Molly looks older with blonde hair.” The post soon attracted comments as fans reacted with shock to the drastic change in her appearance.

One top comment reads, “Oh no baby what is you doin.” Another commented writing, “That tan is way too dark and unflattering too.” To this comment, another added a gem, writing, “Tan? It looks like she dipped herself in 24k gold.” Another fan pointed out that it was likely her heavy makeup that makes her look so dark.

Most commenters seem to agree that they prefer Molly with her dark hair, so it is lucky she was merely wearing a wig! Keep up with Molly and Kelly’s story on new episodes of 90 Day: The Single Life on discovery+, dropping each Sunday.

The Bold And The Beautiful (B&B) Spoilers Wednesday, May 5: Is This Really A New Thomas, Wyatt Suspicious

Days Of Our Lives (DOOL) Spoilers Wednesday, May 5: Belle Makes A Shocking Discovery