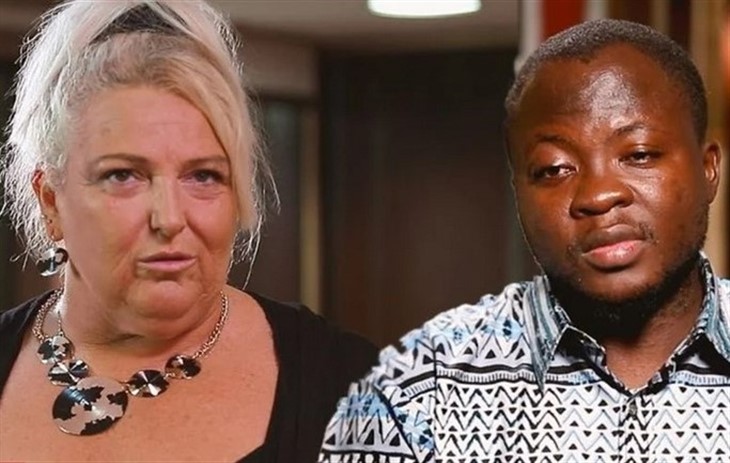 With 90 Day Fiancé star Angela Deem in the US, and her husband, Michael Ilesanmi in Nigeria, keeping their marriage going is a difficult task. The couple has been struggling to keep their relationship going, but things get harder every day. This is especially so in a sneak peek for Sunday’s episode of 90 Day Fiancé: Happily Ever After?, where Angela tells Michael he is not the man she fell in love with.

After 90 Day Fiancé stars Angela Deem, 55, and Michael Ilesanmi, 33, wed in Nigeria, she returned home to the US. Since then, Michael has still been unable to get his K-1 visa to head to America, making it hard for them to keep their marriage going.

While all this is going on, Angela has undergone her weight-loss surgeries, something Michael was dead against. For one thing, he enjoyed her extra weight, but for another, he felt she was risking her health by having the “unnecessary” surgeries. Angela has been mad at him all along for not supporting her weight-loss journey.

Basically, fans’ favorite Meemaw underwent liposuction, a gastric sleeve procedure and a breast reduction and Michael has been against this all the way.
Angela loses it with Michael

In a teaser clip for Sunday’s episode, released by Us Weekly, Angela finally explodes over Michael’s lack of support. In the clip, Angela is heard to say that Michael is “not being the man that I fell in love with.” She says, “I’ve had major surgery done and not to have my partner there really hurt me to my heart. What he’s showing me, not being supportive of me, I would have never married him. I don’t need a man. I’m telling you right f**kin’ now, I don’t need one. Never have.”

However, it seems it is pretty hard on Michael’s side, too, as he accuses Angela of blocking his phone number. She has reportedly also blocked his profiles on Facebook and WhatsApp, which makes it impossible for him to contact Angela. He asked Angela, “Who does that?” The only way he can get in touch is by calling Deem’s daughter, Skyla.

In a confessional, Michael told the cameras that he is concerned over the future of his relationship with Angela, as she says she no longer needs a partner. He said that when she blocked him, he was truly “scared” for his marriage. Ilesanmi admitted that he doesn’t know if he and Angela will ever reconcile, because if they can’t communicate, how can they be together?

Readers can watch the teaser clip on the Us Weekly website and watch the next episode on Sunday on TLC at 8 pm ET.

Days of Our Lives (DOOL) Spoilers: The Letter That Can End Sami’s Life As She Knows It