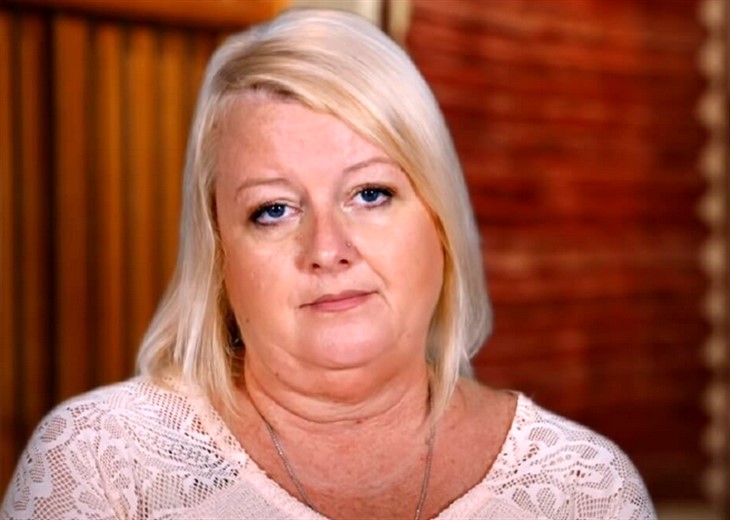 90 Day Fiancé: The Other Way alum Laura Jallali says she didn’t have a good intimate life with Aladin and that he catfished her.

90 Day Fiancé: The Other Way fans will likely recall Aladin Jallali accusing Laura Jallali of catfishing him. In a new twist, Laura has now made the same accusation against Aladin during an appearance on The Domenick Nati Show. She also revealed other scandalous tidbits about her former husband.

In October 2019, 90 Day Fiancé: The Other Way star Aladin Jallali accused Laura Jallali of catfishing him. The tide has now turned and Laura is now accusing her former husband of the same thing. She recently spoke on The Domenick Nati Show, where she opened up about her relationship with Aladin. She also revealed interesting insights into the behavior of her ex-husband.

At the start of the interview, Domenick asked Laura if she was still single after divorcing Aladin, or whether she was dating anyone. Laura sadly revealed that she hasn’t left her apartment for two-and-a-half years, but that could be an exaggeration (COVID-19 pandemic aside). When he commented that she probably hadn’t had sex lately, she revealed she hasn’t had any good sex for more than five years. However, she did reveal that she is now very much single and “ready to mingle.”

During the show, the Canadian native accused Aladin of a number of things, including lying and catfishing her. She told Domenick, “The sex was bad. The dude has no money. I was very much catfished. He made a lot of three dollar promises to me.”

Laura – who incidentally is looking like she had a beauty makeover (see Instagram post below) – shared that even though Aladin is good-looking she regrets not having taken the car out for a test drive before committing to him. She accused him of using the TLC reality show for his own self-gain, despite the fact that he said he never would. 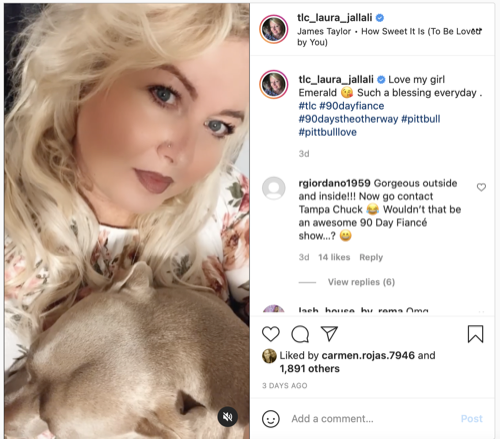 After this, things got a little nasty, as Laura hinted that Aladin had a boyfriend. She went on to explain that in Aladin’s homeland of Qatar, men and women have separate gyms. However, at Aladin’s gym they had to put up cameras, because men were meeting their partners there and having intimate relations.

This caused Domenick to immediately ask if Aladin was bi-sexual. She didn’t directly respond, but did say that one patron was always giving Aladin expensive gifts, eluding that there could have been some “jiggy jiggy” going on.

It looks like Laura won’t be dabbling with international love again as she made it clear that in future, she will only date North American men. Readers can watch the full episode of The Domenick Nati Show below.

Meanwhile, fans can keep up with Jallali on social media, where she regularly updates fans on her daily life.