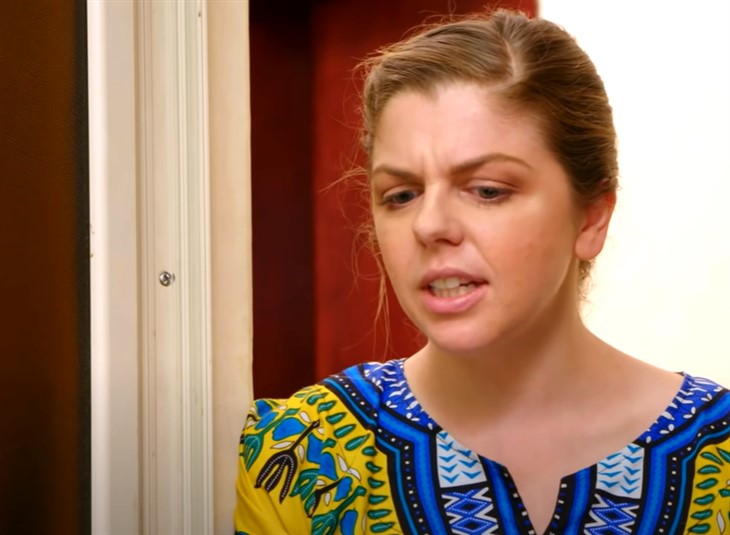 90 Day Fiancé: The Other Way star Ariela Weinberg suspects Biniyam is hiding something from her while she is away.

Currently on 90 Day Fiancé: The Other Way, Ariela Weinberg is at home in the States with Avi while the tot undergoes much-needed surgery. Biniyam was left alone at home and this has led to Ariela getting the feeling that he is hiding something from her. She no doubt recalls the age-old saying, “While the cat’s away, the mouse will play.” But is Biniyam up to no good back home in Ethiopia?

Ariela Weinberg has flown back home to the US so that her and Biniyam’s son, Aviel, can have much-needed hernia surgery. However, dad had to stay at home, which has led to Ariela feeling hurt by his behavior.

All along on 90 Day Fiancé: The Other Way, Ari and Bini have had trust issues. This kicked off in the first season when Ariela sat in the club watching Biniyam dance with his gorgeous ex-girlfriend, Tsion. On Bini’s side, he was concerned when Ari recently invited her ex-husband, Leandro, to visit them in Ethiopia. While she swears they are just good friends, it still irks him.

When Ariela decided it was best to take Avi to the US for his hernia surgery, Biniyam was against this. He was scared that she would stay there with his son, leaving him like his former American wife did.

However, it is now Biniyam that is causing concern for Ariela. He did visibly shed tears when seeing her and Avi off on the plane to New Jersey, and also cried in his confessional, but now he is ghosting Ari. It turns out as soon as Ariela arrived in the States, Bini was out and partying with his friends.

In a preview for Sunday’s episode, we see Ariela finally getting hold of Biniyam on a video call. The 90 Day Fiancé star is concerned that whenever she tries to call her husband, he has his phone turned off. Biniyam makes the mistake of saying that he puts his phone in flight mode when she is “annoying” him. Ari explains how painful it is to her when he doesn’t answer her calls.

She says in her confessional that “Obviously, he’s hiding something.” She says there wouldn’t be a reason for Bini to turn off his phone, unless he doesn’t want her to find out where he is and what he’s doing. Meanwhile, she already knows he is at the club every weekend.

However, according to her baby daddy, his friends invite him to go out because they want to make him “feel better.” While he says he cares about Ari, he says he is “working” when he is not meeting his friends.

As for Biniyam, he accuses Ariela of being “a boss.” However, she points out that she can’t be bossy as he is doing whatever he wants, leaving her with “no control over the situation at all.”

As they close the conversation, Ariela asks Biniyam to please not turn off his phone, to prove that he does love her. Whatever happens, she has already applied for Biniyam’s K-1 visa to allow him to join them in the States soon.

Catch the whole story on 90 Day Fiancé: The Other Way this Sunday at 8 pm on TLC.