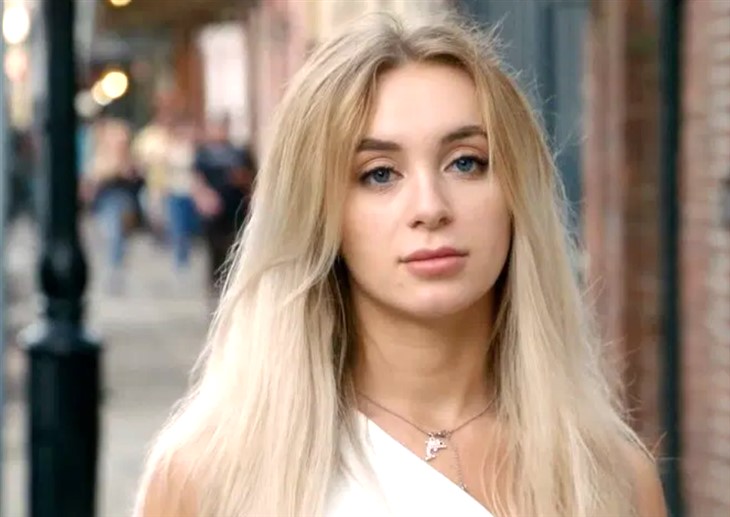 90 Day Fiancé spoilers say there’s a new villain in town and she’s got blonde long hair, eyelash extensions and a Gucci belt as her disguise. Of course, we are talking about Yara Zaya as 90 Day fans can’t help but notice that she is certainly making things more difficult on her fiancé Jovi and his family these days. Here’s what you need to know.

Not only is Yara getting a lot of criticism from 90 Day viewers, but apparently there is also a Reddit forum in which the Ukrainian beauty is being compared to the Harry Potter Slyterin villain Draco Malfoy. While it might have something to do with her long signature hair, her jackets, or just the way that she carries herself, a lot of 90 Day fans can’t help but notice all of the similarities between the pregnant reality television star and the fictional Harry Potter character.

90 Day Fiance spoilers also say that things are probably going to get worse between Yara and Jovi before they get better. During the last episode, the expectant couple told Jovi’s parents that Yara was pregnant with her first child. Of course, the big announcement was made during their engagement party and at a time in which Yara was not feeling like her best self. She accused Jovi of leaving her behind for the entire day to spend with his friends instead. If that weren’t enough, she was feeling quite emotional throughout the entire ordeal as her family was not there to celebrate this joyous occasion with her and Jovi.

90 Day Fiancé Spoilers – Will Yara Zaya And Jovi Dufren Even Make It To Their Wedding Day?

However, the one moment that no one will forget was when Jovi and Yara shared a dance together and after he tried to position his hands below her waist, Yara whispered into his ear, “I hate you.” Seeing how this couple seems to be fighting more than they are getting along, it will be interesting to see just how long they will last together. We will definitely update you with all of the latest details as they come in.

Be sure to catch up on everything happening with 90 Day Fiancé right now. Come back here often for all the latest 90 Day Fiancé spoilers, news, and updates.