90 Day Fiancé Spoilers: Yara Threatens To Ban Jovi From Their Child Unless He Cuts Down On Drinking 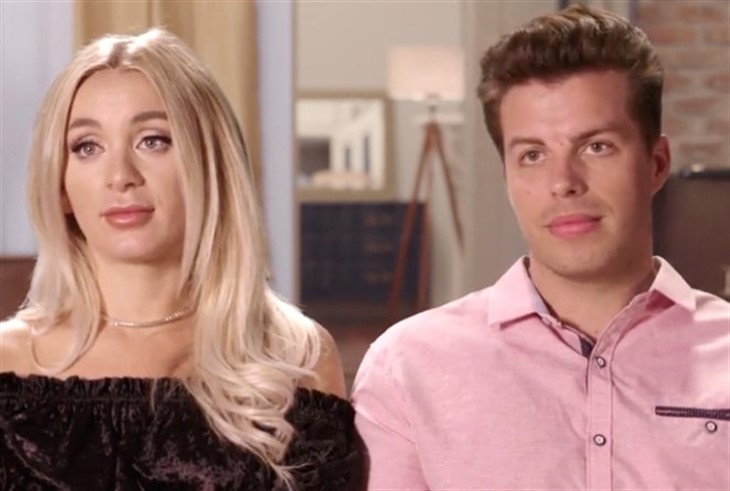 90 Day Fiancé spoilers tease that Yara Zaya is having even more problems with Jovi Dufren’s drinking now that they have a child! The 90 Day Fiancé star is threatening not to let Jovi visit the baby unless he cuts down on his drinking!

90 Day Fiancé viewers will remember that Yara has had a problem with Jovi’s drinking – it is way too much and way too often as far as she is concerned. She has asked him throughout the season to cut down, and yet he has continued to drink when and where and how much he wants to instead of putting her, and now her and their baby, first. Earlier in the season, she had found out that she was pregnant again after having had a miscarriage early in their relationship. Jovi didn’t even believe she was telling the truth, which made interesting conversation for a henna tattoo artist to hear!

She told him while they were with the tattoo artist. Yara is recently feeling very frustrated with Jovi, and somewhat alienated as well. She has been feeling like she is the only mature one in the relationship, and when she told him to cut down drinking his reply didn’t exactly make her feel reassured! At least he eventually believed and accepted that the pregnancy was real, and she didn’t just make it up out of the blue! But the fact that Jovi not only drinks too much but enjoys it immensely really, really bothers Yara! They have been living in his parents’ home and they don’t seem thrilled with her presence. They made disparaging remarks against her in her absence, and fans felt bad for Yara.

Jovi and his parents have even gone out for nights on the town and left Yara at home! That is certainly not right – and behind her back, they made fun of her in a recent episode. Jovi’s parents seemed to enjoy accusing Yara of possibly being interested in stealing their things, and yet they leave her in their house all by herself – after his mother smugly announcing they locked up anything they didn’t want stolen. But Jovi and Yara actually went to a party together – and it was very uncomfortable for her. He was off drinking and socializing and seemingly ignoring her like she wasn’t there, and she decided it was time to put her foot down!

90 Day Fiancé Spoilers: Is That Darcey’s Real Engagement Ring For Sale On House Of Eleven? https://t.co/j80Ktlw3BR

She told him in no uncertain terms that if he wanted to continue being with her, he would have to stop the drinking! Jovi (as anyone with a drinking problem) denied that he drank too much and they started arguing over it. He accused her of wanting him to stop drinking because she couldn’t! She told him he drinks every day – and doesn’t even take thought for the future. That makes her mad, especially with a baby on the way. She bitterly regretted coming to America and giving up a good life in her native country! She continued to press him, asking if he wants to be a good father and close to her, or from far away and getting the kids for weekends only? Or, maybe no visitation, because who trusts their children with a drunk?