90 Day Fiancé Spoilers: Viewers Ask If It is ETHICAL for TLC To Film Stephanie Davison 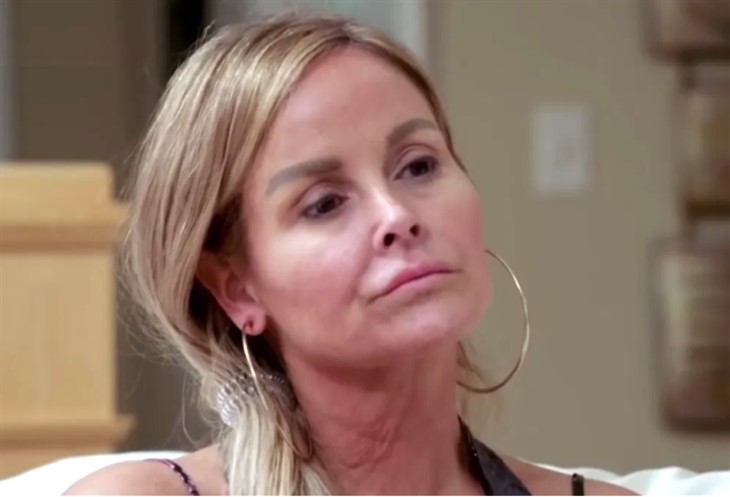 Stephanie Davison is currently appearing on season 8 of 90 Day Fiancé. However, the cast member is making fans of the TLC reality show uncomfortable. First, it was her toxic relationship with her young boyfriend, Ryan from Belize. Now, due to her unfocused eyes and slurred words on the show, they feel TLC should have cut filming. Fans believe producers should have caught the series of red flags and stopped the cameras rolling.

Stephanie has already told fans that she broke off with her toy boy, Ryan, before the show was even filmed. This has obviously made things difficult for Davison while filming scenes with her former beau.

However, some fans have become seriously concerned over Stephanie’s well-being. They cannot believe that TLC let the cameras carry on filming, while Stephanie is obviously on a downward spiral.

When she first appeared on season 8, most viewers found her entertaining as a self-proclaimed cougar. However, as the season continues, they don’t find things funny at all. Davison has already alleged that TLC still owed her money. She also complained over bug bites while filming in Belize.

Meanwhile, Stephanie’s biggest bug-bear is the fact that the show was filmed despite the fact she had been sexually assaulted by Ryan. Fans also quickly picked up that Stephanie often slurs her words and has unfocused eyes. They suspect she now has a problem with either alcohol or drugs, likely due to being forced to film after all that happened.

A recent post on Reddit reveals how concerned viewers truly are for Stephanie’s safety. The post is titled “How is it even ethical for TLC to be filming Stephanie like this?” In the post, fans ask whether it is ethical for TLC to continue filming Davison is her obviously inebriated state.

One viewer compared Stephanie to the reality TV personality and model Anna Nicole Smith. Her drug addiction was famously exploited for ratings until she finally overdosed and died. Another noted, “Ethical ???? Hahaha Remember Niki “the hostage” & Mark? What about Geoffrey “violent felon” & Varya?”

Yet another viewer commented, “I’m not defending TLC but it’s a fruitless endeavor to expect morals and ethics from the network that unleashed June Shannon and Kate Gosselin upon the world.”

One fan commented, writing, “She needs an intervention not a spot on a TLC dating show.” Another claimed that “TLC doesn’t care.” That fan wrote that TLC “wouldn’t prevent a murder” if it meant missing out on footage for the reality TV show.

The fans do have a point. On the show, it is obvious to everyone that Stephanie is slurring her words and drinking heavily. She also regularly confuses Ryan for his cousin Harris. Stephanie also has a problem with TLC production and has already stated that she won’t feature on the Tell-All special. While she didn’t reveal her reason, it is likely that bad blood with TLC is the cause.