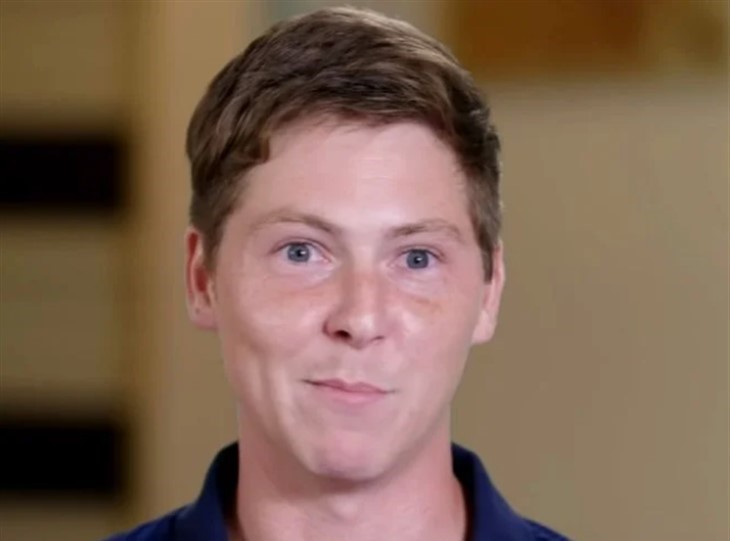 TLC’s 90 Day Fiancé star Brandon Gibbs had an unique way to wish his fans Happy New Year via Instagram; some may think this elf fell off the wagon, but Brandon posed dressed as the “Elf On The Shelf”! Farm boys do find some inventive ways to have fun, and the young 90 Day Fiancé star really took a ride on the “silly train” with this one!

Brandon started off 2021 with a silly message to go with his silly outfit and his silly pose – he wrote that he started trying to sit on a shelf but he broke the shelf! He definitely broke the mold, so to speak! 90 Day Fiancé fans will recall that Brandon’s mother Betty keeps a tight reign on her boy, so it’s difficult to imagine how she let her elf get off the shelf. He and his fiancé Julia Trubkina have managed to slip out from under mom’s watchful eyes several times already this season, however.

Brandon had a long talk with his mom about her and his dad Ron Gibbs’ restrictions, with Brandon and Julia needing to stay in separate bedrooms with virtually no privacy. In spite of that, Julia managed to get a positive reading on a pregnancy test and the two had a naked romp in the middle of the night outside in the yard, landing in a hot tub! It is not for certain if Julia got a false positive, however since neither have posted photos on their social media where she either looks like she’s expecting or of a baby.

But then all couples on the 90 Day Fiancé shows do have to sign a non-disclosure agreement so that people will not know the conclusions of their stories until the season is over and the end of season Tell-All is produced. Brandon has a keen sense of humor by dressing like the “Elf On The Shelf” considering the elf is supposed to be Santa Claus’ spy and reporting back whether children are naughty or nice! Brandon and Julia have been naughty more than once! 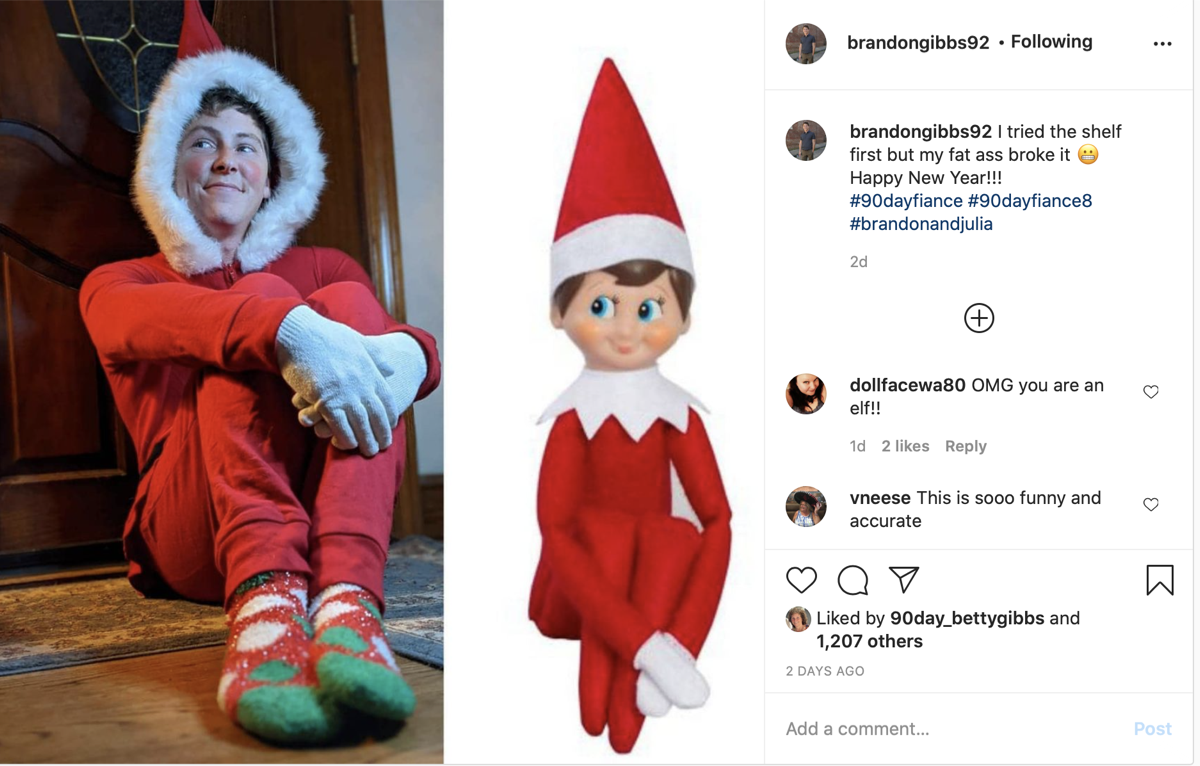 Julia also posted a silly New Year’s photo on her Instagram. It is formatted like Brandon’s, only there is no elf on the right hand photo. She sits on a staircase dressed in dark leggings, a black long sleeved tee shirt from “Guess” with the “Guess” logo all over it and a pair of Uggs. It’s possible she chose the shirt because she wants people to keep guessing, that would be right in line with Brandon’s sense of humor. As anyone who has watched often enough to get to know the two a little bit can see, they do have a lot of fun and enjoy being silly!

She comments a simple “New Year 2021.” She comments much more in Russian than she does English so she is obviously learning the English language and isn’t quite an expert yet. On the right photo, she’s appearing to have fallen off the shelf with the elf and is sprawled across a few stairs with one Ugg boot kicked off and fast asleep. It looks like she’s trying to indicate she got maybe a little too happy on New Year’s Eve and is maybe a tad passed out by New Year’s Day!

Judging from the photos the couple posted, it is entirely possible that they now live in a place of their own, because that sure doesn’t look like the farmhouse! Fans will have to keep watching to see what other kinds of mischief Brandon and Julia get into the rest of the season!