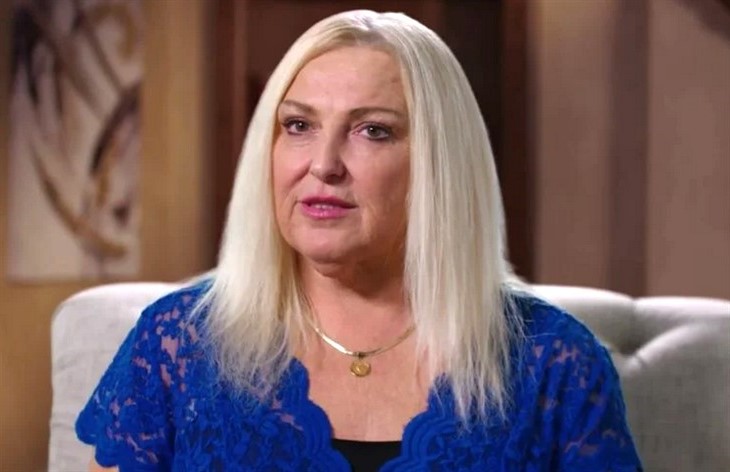 90 Day Fiancé spoilers tease that Angela Deem is facing accusations from fans of seeking a new spin-off opportunity in the future for the 90 Day Fiancé franchise. She’s lost weight, lost her cool, and quite possibly lost her husband nearly in one fell swoop!

Perhaps there should be a spin-off called “90 Day Fiancé- Not So Happily Ever After”! In the latest episode of 90 Day Fiancé-Happily Ever After, Angela went ballistic, as she is famous for doing, and threatened her long-suffering long-distance husband Michael with divorce! Viewers who have kept up with the couple during their time on the 90 Day Fiancé programs know that threatening breakups is nothing new for the short-tempered Angela! Fan gossip has been rampant since seeing that Angela has really worked on getting herself a younger looking and slimmer body, including plastic surgeries. That has been a major problem for Michael.

He has felt that she could have spent the money on finding a surrogate mother to carry a child for them, or that the money could have been used for another visit with him in Nigeria when covid restrictions loosened up. Angela appears to have had breast reduction surgery as well, which Michael strenuously objected to even the idea of, loving Angela’s big, beautiful breasts. But then Michael has never been a woman who might be tempted to call a brassiere an over the shoulder boulder holder, and breasts that size can cause a woman all kinds of shoulder, neck and upper back pain due to the sheer weight of them! Women who have been over-abundantly blessed in that area can sympathize with Angela’s desire to take the load off her shoulders! The latest argument over Angela’s desired plastic surgery and the money it would cost is regarding her desire for a facelift.

90 Day Fiancé viewers will recall that the quest for a baby for Michael has been a sticking point for the couples’ entire 90 Day Fiancé history. Michael’s female relatives had not accepted Angela as a viable wife for him because she is so much older than he is and of menopausal age. In Nigeria, it is crucial that a man produces at least one heir, preferably more. Angie couldn’t even tote one baby for Michael! Since she is now putting herself, her health, and her appearance ahead of the quest for a baby Michael is upset. He won’t answer her calls in many instances, and even when he does, he doesn’t put up with her abuse any more – and tells her she’s being verbally abusive to him.

For Michael, that is a major step for him to stand up for himself and not allow himself to be browbeaten. Many fans observing these arguments between the two of them are convinced that Angela is deliberately baiting Michael into these arguments and ramping up the abuse. They think that possibly she wants a divorce so she can star on the 90 Day Fiancé single life spin-off. Another accused her of using Michael as a ticket to fame, money, and free plastic surgery (it isn’t free, TLC doesn’t pay for hers). Angela has also been observed flirting with some of her doctors, while if Michael even gave a sideways glance at another woman he’d be in major trouble with Angie. However, it is good for Michael that he is no longer putting up with crap from Angela and standing up for himself!

Days Of Our Lives Comings And Goings: Cameron Johnson Returns As Theo Carver