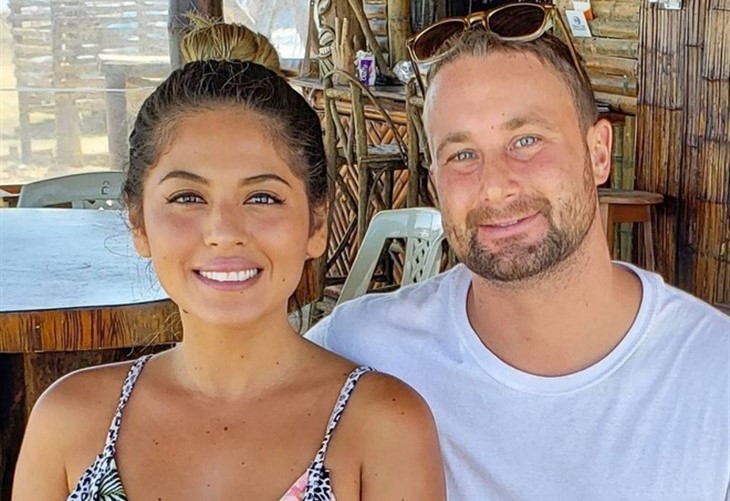 90 Day Fiancé: The Other Way star Evelin completely opens up to her parents in Sunday’s episode. She tells them that she and Corey secretly married a year ago. In a teaser clip for the episode, we see Evelin speaking to her parents and breaking the news, and probably their hearts as well.

In last week’s episode of 90 Day Fiancé: The Other Way, Evelin spoke in a confessional. She told the cameras that she couldn’t stop crying after her and Corey’s big decision. Evelin said she wasn’t crying out of happiness. Meanwhile, she also told her sisters, Lesly and Lipsy about the wedding at that time, saying she was thinking that if anything went wrong, she could quietly divorce Corey. That way, no one would ever have to know about their marriage and despite the fact that her family doesn’t believe in divorce.

However, Evelin and Corey are having a rough time in their relationship after the revelation that he had been unfaithful to him while they were on a break. Corey had thought the relationship was over and headed to Peru. While there, he started seeing a woman named Jenny, despite the fact that he was still legally married to Evelin.
Problems with Evelin’s family

Fans know well that Evelin’s sisters, Lesly and Lipsy, do not trust or like Corey. The TLC reality star had explained to them that Corey’s visa was set to expire, which meant he couldn’t legally stay in Ecuador unless they tied the knot.

In this week’s episode, it’s time for Evelin to open up to her parents to tell them the truth about her secret marriage. In the teaser clip included below, her mother, Cenet and her father, Kleber both look heartbroken over the news. Evelin explained to them that they didn’t tell anyone about their courthouse wedding and that they had paid $20 to a random person to be their witness.

“Corey talked to me and convinced me,” Evelin explains. “And I told him we would do it just for his papers and we would go out there alone by ourselves. And that’s what we did,” she added.

Naturally, Evelin’s mother is devastated by the news. She tells the cameras, “For Evelin to have gotten married and not to have told me, her mother, it’s something I cannot stop being shocked about.” Cenet added that this is something Evelin should have told her and her father and she doesn’t understand why they kept the marriage a secret.

The Young And The Restless Spoilers: Billy And Ashland Battle Erupts