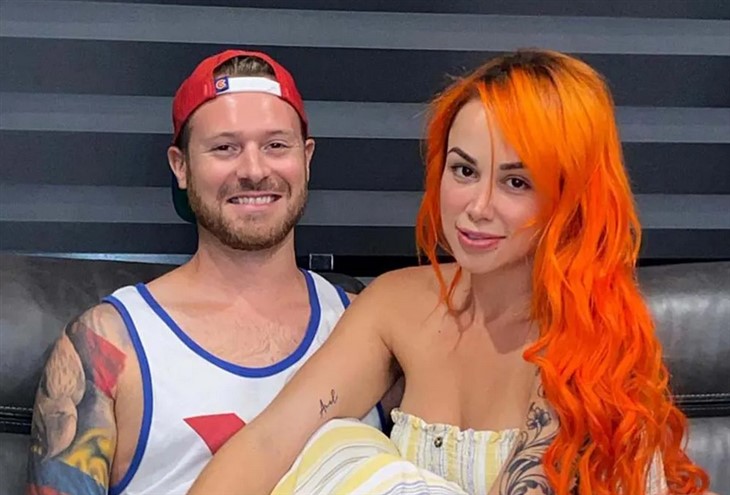 90 Day Fiance star Paola Mayfield has been busy with her professional wrestling career amid her split with Russ Mayfield. Apparently, the two decided to take a break from their marriage. According to reports, one of the main reasons is Russ’s inability to find a stable job.

However, despite their split, it appears that Russ will continue to support Paola throughout her journey. Reports also claimed that Paola will soon enter a step up her wrestling career into something much bigger.

In an Instagram Stories post, 90 Day Fiance star Russ Mayfield shared a sweet message for Paola Mayfield amid their recent split. According to Russ, he’ll remain happy for Paola and he’ll continue to support her. Russ also said that he’ll still watch Paola in her wrestling matches.

Meanwhile, Paola remains to post shady quotes on Instagram that obviously depict her split with Russ. There are also reports stating that the two are planning for a divorce. However, fans think that it would be a bad idea especially that they have a kid.

Paola also reposted Russ’s message to her on Instagram, showing that they’re still in touch despite their split.

90 Day Fiance star Paola Mayfield debuted as “Paola Blaze” ARW. She was also crowned as the ARW Woman’s Champion during her rookie year, showing how talented she is in wrestling.

Now, reports claimed that Paola is stepping up her game by debuting in WWE. According to reports, Paola might be heading to the biggest stage of entertainment wrestling after her previous replies to her Instagram followers.

According to Paola, something big is coming and she’s very excited to reveal it. At this point, Paola has yet to share her comments regarding her possible WWE debut. However, fans would also love to see her competing with the biggest stars of WWE.

90 Day Fiance star Russ Mayfield recently took Instagram to share a series of clips of his bonding moments with his son, Axel. This also proves that Russ is still seeing Paola and their son. Apparently, there are rumors stating that Russ left Paola and Axel.

Some also thought that the two may fight for custody over Axel. However, it appears that Paola and Russ won’t go that far despite their current struggles. Fans also think that Russ is making efforts to bring back his family together.