90 Day Fiancé: Melyza Struggles With Trust Issues Ahead Of 2-year Separation From Tim 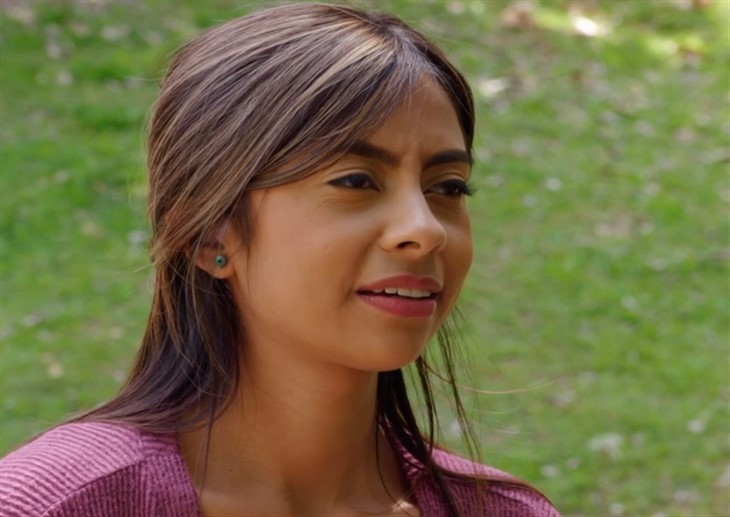 90 Day Fiancé spoilers and updates tease Melyza Zeta is having trust issues with her fiancé Tim Clarkson. The problem came up after the couple found out that they have to be separated for about two years while Melyza waits for her K-1 visa to be accepted.

Fans know that Tim cheated on Melyza with one of his coworkers. The infidelity took place one month before she was scheduled to visit him in Texas on a tourist visa. When Melyza arrived from Columbia, she felt like something was off so she checked his social media. That’s where she confirmed her suspicions.

The couple has been dating for seven years. They’ve had a rocky relationship so viewers were surprised when Tim decided to propose to Melyza. Since then, they’ve been living together in Dallas, Texas. Unfortunately, Melyza still can’t stay in the US permanently because she’s just on a six-month tourist visa. She has to return to Columbia when it expires.

On the 11th episode of the 90 Day Diaries, which is a spin-off of 90 Day Fiancé, an immigration lawyer told the pair that Melyza’s K-1 visa will take “22 and a half to 24 months” to process because of the ongoing coronavirus pandemic. Having said that, Melyza will have no choice but to return to Columbia and be separated from Tim during that period. The news came as a shock to her because she thought the processing period will only take between six to ten months.

That’s where the problem begins. Melyza is afraid that Tim might cheat on her again. Two years is a long time and with Tim’s history of infidelity, it’s not surprising to know that Melyza has trust issues.

In the same episode, Melyza calls to tell her friend David about her problem. When she admitted that she still doesn’t trust Tim, David can’t help but ask her the question, “How are you marrying someone who you don’t trust?”

Melyza argued that Tim is making an effort to change. She admitted that she loves Tim but it’s embarrassing for her to tell people that she doesn’t trust her fiancé. She added that she feels like Tim doesn’t respect or even deserve her. It seems like Melyza is still unsure about being with Tim, even though he’s trying to make amends. Only time will tell if the couple can endure their impending long-distance relationship and if they’ll eventually get married.

The Bold And The Beautiful (B&B) Spoilers: Justin Has Another Shocking Plan – Quinn Tempted