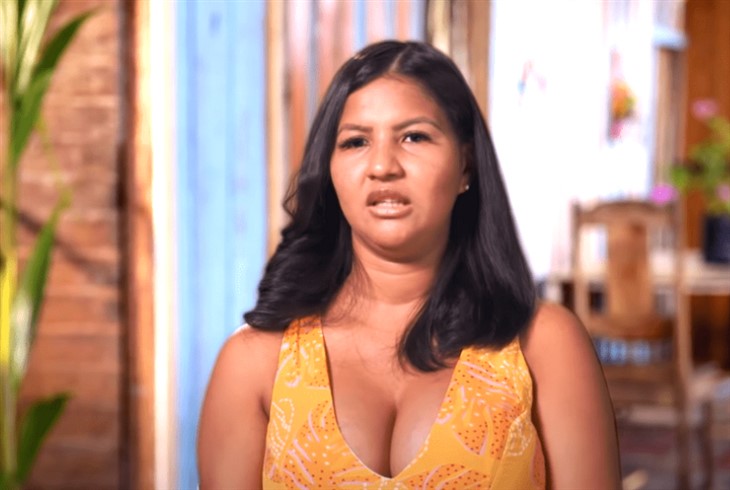 90 Day Fiance star Karine Martins has been making headlines due to her recent feud with her husband, Paul Staehle. Paul even revealed that Karine gave up on her dreams of becoming a cosmetologist.

Aside from that, fans were also confused when Paul released STD test results out of nowhere. Now, it appears that Paul and Karine are finally making up for their recent struggles. Karine even took Instagram to share that she’s now getting ready for Halloween.

In an Instagram Stories post, 90 Day Fiance star Karine Martins shared clips of her walking around her house. Apparently, Karine is decorating her yard for Halloween. She put several scarecrows and other spooky decorations around her house.

Karine hasn’t shared if she decorated their interior. However, it appears that she won’t be doing that, especially that she has two young kids. Meanwhile, Karine never showed Paul in her clips, showing that something is still off between them.

Karine also took her Instagram Stories post to answer different questions about herself. Fans are also happy that Karine is taking efforts to interact with the fans, which is way different compared to her shy personality back in the day.

90 Day Fiance star Paul Staehle has been silent on social media for quite some time. Most of the time, Paul just shares Instagram Stories, but never posts any recent photos with Karine Martins. According to some, the two are still struggling with their marriage.

However, some think that it’s just one of Paul’s antics to remain relevant online. Apparently, TLC hasn’t released any statements if Paul and Karine will return to the franchise. It appears that the company had enough of their controversial decision makings, which happened during their past seasons.

It even came to the point where the police were involved and both parties filed restraining orders from each other.

90 Day Fiance star Karine Martins has been sharing her live video chats with her siblings. There are also times where Paul Staehle joins the chat. They all seemed calm and joyful during most of their live streams.

However, fans noticed that Paul is not with Karine most of the time. Due to this, fans speculated that the two are still not on good terms. Some are also speculating if Karine kicked Paul due to his aggressive behavior. Keep checking Soap Opera Spy for more 90 Day Fiance spoilers, news, and updates.