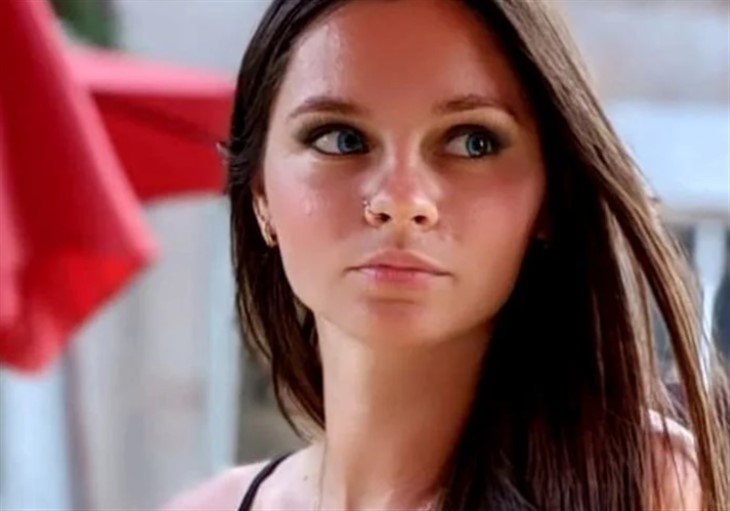 90 Day Fiancé star Julia Trubkina sure knows how to flaunt her impressive figure and style. The wife of Brandon Gibbs confidently showcased her sexy body, showing interest in becoming a model.

Julia Trubkina wows many of her followers with her latest fierce photo. The 90 Day Fiance celeb unleashed her inner model as she struck some stunning poses.

In her post, Julia poses in front of a black Bentley car, looking really beautiful. The reality star rocks a black top, unbuttoned just enough to expose her cleavage. She matched it with red pants and dramatic makeup.

Julia Trubkina Wants To Be A Model

It’s clear that Julia Trubkina enjoys taking model-like photos of herself. The 90 Day Fiancé star definitely knows how to rock her good looks in front of the cameras. 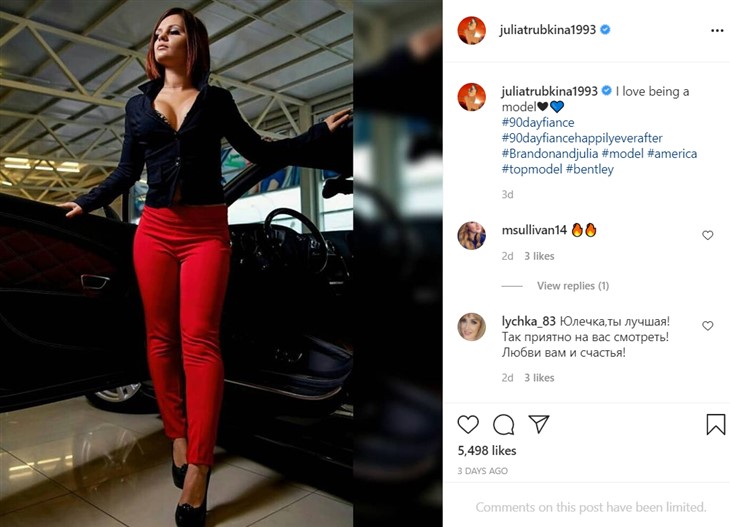 In the same post, Julia said she “loves being a model.” It seems she’s eager to pursue a modeling career.

Recently, Julia joined the online competition to be the next Maxim Cover Girl. 90 Day Fiancé star seem to impress a lot of people as she bagged the top spot in her group for weeks.

It wouldn’t be surprising to see Julia actually make it as a model. The reality star sure has the looks and the body to become one.

Meanwhile, some think Brandon Gibbs and Julia Trubkina already moved out of the farm. Apparently, a fan noticed the 90 Day Fiancé couple has been sharing a lot of photos taken at Richmond.

“A LOT of their photos have been taken in Richmond parks or have Richmond bars in the background,” the fan wrote on Reddit. However, the couple has yet to confirm such speculations.

It wouldn’t be surprising to see the couple actually move out though. Julia, in particular, has been very vocal about her desire to live in another place. And now that they’re married, they’re free to do that whenever they want.

The only question is, will he be willing to leave his parents behind? It’s no secret that the 90 Day Fiancé star has a close relationship with his parents and has grown attached to the farm as well.

However, he’s also open to living his own life and starting a family with Julia. Hopefully, it’ll play out on Happily Ever After.