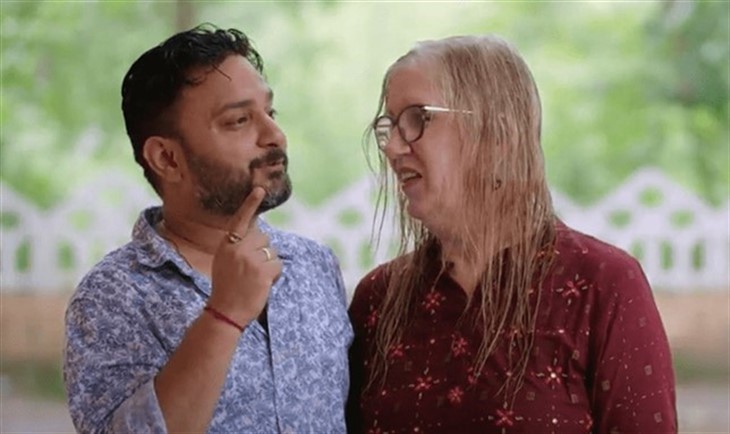 90 Day Fiancé spoilers and updates tease that some fans think that Jenny Slatten and Sumit Singh are already married. The couple has gone through a lot since they met and despite all the struggles, some viewers believe that they’ve already tied the knot.

Since the day they met, Jenny and Sumit’s relationship has become more dramatic. One of the difficulties they had to face involved Summit’s mother, Sadhna, who disapproved of his son’s relationship with an older woman.

In the last episode of 90 Day Fiancé: The Other Way, the couple and Sadhna sought out advice from an astrologist. Fans were relieved when the astrologist accused Sumit’s mother of being “very selfish.” He called her out for meddling with their marriage.

Fans were extremely happy with the latest development. Sumit also believed that her mother takes quite a while to understand things. But he believes that she’ll soon realize the message and error in her ways.

As for Jenny, she was relieved when she said that “there are no more obstacles” in their relationship. They can finally make things official. Anil, Sumit’s father, took a safer stance regarding his son’s relationship. He didn’t approve or disapprove of it. He wouldn’t stop them if they got married but he won’t give them his blessings either.

The latest season is about to end and fans believe that Sumit and Jenny have finally exchanged wedding vows. The production of the season ended months ago, so the couple could have tied the knot after filming the latest season.

Rumors that they’re already married aren’t new. They first surfaced back in June 2021, before the premiere of the latest season, when fans noticed a ring on Summit’s left hand in a video that Jenny shared on her Facebook account. But it was later revealed that it was just a promise ring.

However, some fans also think that the couple isn’t married yet, and Sumit is having second thoughts about tying the knot with Jenny. They believe that he would never marry Jenny and just want his parents to disapprove of his relationship.

Anil and Sadhna have opposed his relationship with Jenny for years. They even asked him to find a more acceptable partner. Given the recent developments, Sumit’s parents have agreed to stop being overbearing. If that’s the case, then there’s no more impediment. But it seems like Sumit got nervous and some viewers took it as a sign that he’s not into Jenny after all. Since, nobody knows if they tied the knot or not, fans just have to stay tuned and see what happens next.

Days Of Our Lives Spoilers: Sami Calls EJ, Will He Brag About Bedding Nicole?