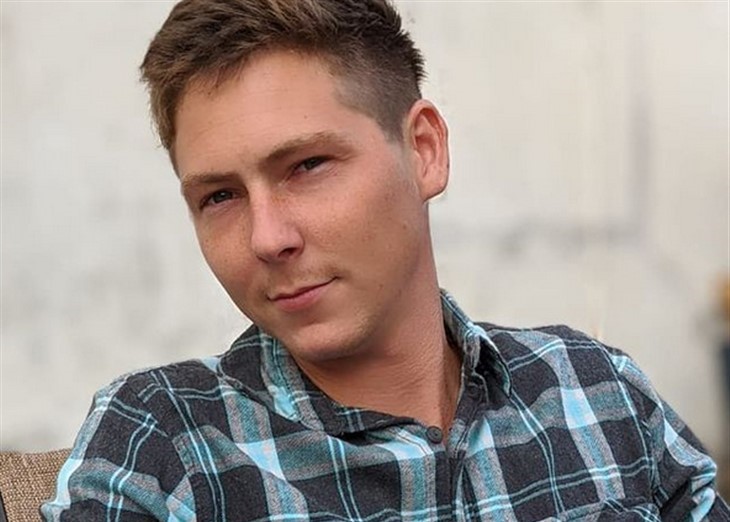 90 Day Fiance star Brandon Gibbs has been making headlines after showing off his muscular body on Instagram. Apparently, fans are accusing Brandon of photoshopping his buffed physique.

Fans have seen his soft-spoken attitude and sassy gestures throughout the show. It even came to the point where fans start calling him Mama’s boy. Due to this, his sudden transformation surprises many.

Now, Brandon’s wife, Julia Trubkina, took to Instagram to slam the haters who are accusing Brandon of editing his photos.

In an Instagram post, 90 Day Fiance star Brandon Gibbs shared a picture of him showing off his hunky body. A lot of fans were surprised to see his transformation. However, some are not having it and accused him of photoshopping.

According to some, Brandon’s body is way too big and the edits are too noticeable. Some also agreed as Brandon was introduced in the show as a skinny guy with a soft personality.

Meanwhile, several TLC stars took to Brandon’s comment section to share their amazement. One of them is Andrei Castravet, who is also known for his hunky body. According to Andrei, Brandon can easily become a cover of a playgirl magazine.

90 Day Fiance star Julia Trubkina did not hold back and slammed the haters online for accusing her husband of photoshopping his body. According to Julia, Brandon Gibbs has been working out for months.

Julia even shared what Brandon has been eating throughout his bodybuilding journey. However, Julia also said that they’ve stopped visiting the gym since she arrived.

After that, Julia told the haters that Brandon doesn’t have the time to practice photoshop and post edited stuff on Instagram. Julia ended her message by insisting that Brandon does go to the gym. 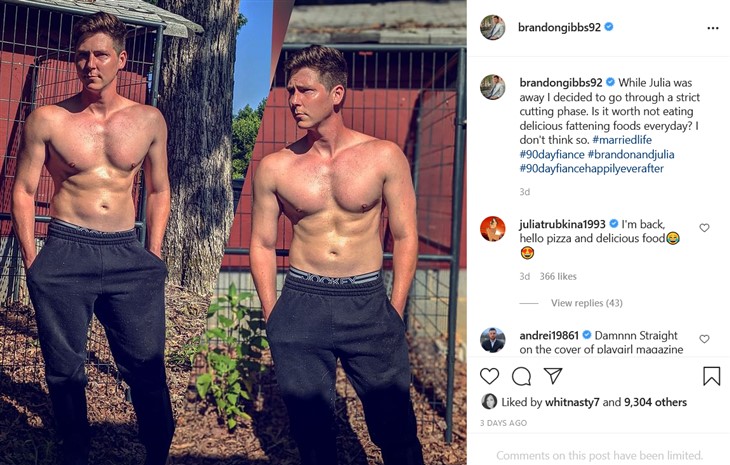 90 Day Fiance fans are calling out Brandon Gibbs and Julia Trubkina for their “boring” storyline in the show. According to some, Andrei Castravet and Elizabeth Potthast’s storyline is way more dramatic and intense.

Apparently, the recent episode of Brandon and Julia only showed the two having a casual misunderstanding during a housewarming party. Other than that, there’s not a lot of character build-ups and stories to catch up with.

Meanwhile, fans are still happy that things worked out for the two. Apparently, fans thought that the two would struggle a lot in their relationship due to their lifestyle differences.