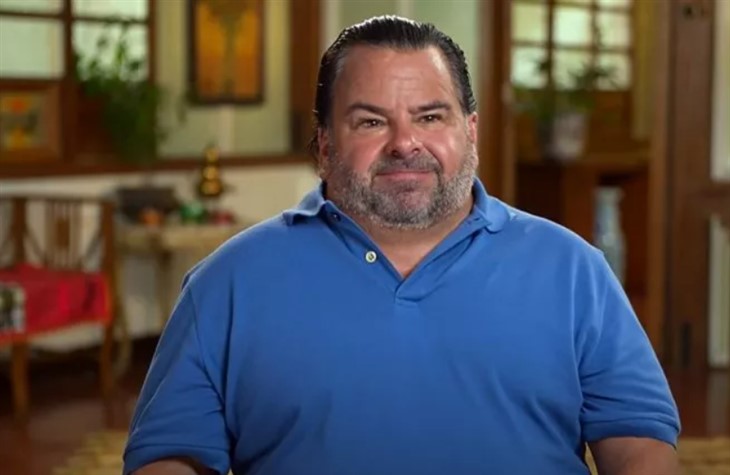 90 Day Fiance stars Colt Johnson and Vanessa Guerra are over the moon following their engagement. The couple officially announced the happy news last week on Instagram.

But a fellow cast member doesn’t seem as optimistic as others, particularly when it comes to Colt and Vanessa’s relationship. Here’s why.

Looks like Big Ed Brown is not a fan of Colt Johnson and Vanessa Guerra. The 90 Day Fiance alum recently expressed his doubt on the couple’s relationship, especially their engagement.

In an interview with Us Weekly, Ed expressed his skepticism about Colt and Vanessa’s romance. The reality star believes the couple will not end up getting married.

“I have a six-month wager on that,” Big Ed said about the couple’s engagement. “My feelings on that is he’s an interesting character. We didn’t get along at all — big surprise — and his mom almost, like, wanted to jump out of her chair and smack me around, but I wish anyone success in a relationship.”

Big Ed goes to on explaining why he thinks Colt Johnson and Vanessa Guerra will not last. The 90 Day Fiance star said their history of “cheating” will play a role in their future together.

The reality star said he doesn’t “hold a lot of stock” on the couple because he believes that “things always end as they begin.” Ed pointed out that Colt and Vanessa “started out with both of them cheating on each other,” suggesting that it’s likely to happen again.

“I’m an architect; when you build a house, you start with the weak foundation and the house is going to fall down,” the 90 Day Fiance star added. “So, I wish them luck. I hope they can find happiness for their sake. But I don’t know. Let’s wait and see.”

Meanwhile, Big Ed’s own romantic relationship is not doing very well. The 90 Day Fiance celeb recently opened up about Liz and their short-lived romance.

The reality star said both he and his now ex-girlfriend “moved too fast” in their relationship. Ed Brown revealed that Liz just got out of her last relationship when they started dating.

“The biggest hurdle in our relationship is we both moved too fast,” the 90 Day Fiance star revealed. “Liz made the first move physically. I think in a way I kind of made it mean so much more, but we eventually became very compatible, and we were kind of glued at the hip with each other.”

Unfortunately, things didn’t end up the way they planned. The two eventually broke up and are currently not on good terms.