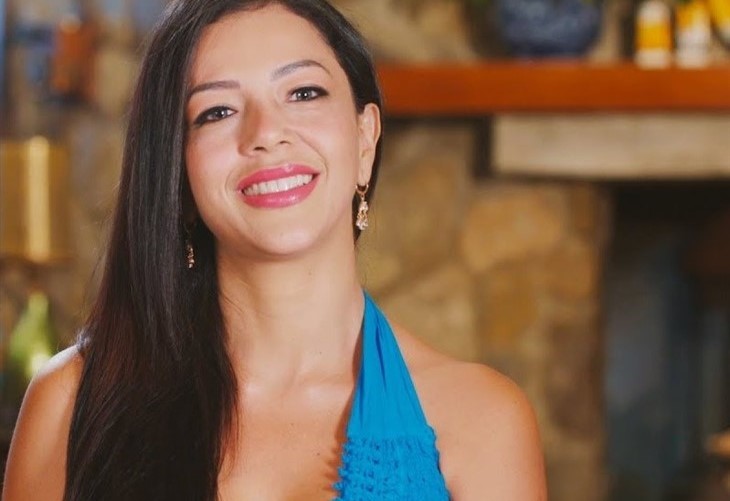 A teaser clip has been released on Instagram by 90 Day Fiancé, showing Jasmine talking to her friend. It is clear that she has trust issues with Gino, including making him send her “evidence” of his whereabouts. Jasmine truly opens up about her relationship with the 52-year-old, who had even lied about his age.

Jasmine, 34, and Gino, 52, made their debut last Sunday on the season 5 premiere of 90 Day Fiancé: Before the 90 Days. The spinoff follows the romantic lives of seven couples as they travel to foreign lands to meet their online love.

In a sneak-peek into Sunday’s new episode of the 90 Day Fiancé spinoff, Jasmine opens up to her friend about her relationship with Gino. Her friend asks her how she feels about their age gap. Jasmine replies, “The thing is that in the beginning he kind of lied to me about the age. He said he was 44 but he’s actually a few days away from 52,” she said, which will no doubt wave major red flags for fans.

Jasmine went on to explain that she is “confident” Gino hasn’t lied about anything else. Her friend looks skeptical, so she continues, saying, “Because I know. I’m always calling him and when he goes outside he needs to send me evidence and all that.”

“He has to video call me when he’s at the place, when he’s in the car, [and] when he’s back home,” Jasmine adds.

Even though the Panamanian beauty says she “trusts” Gino, in her confessional she tells the cameras, “I’m not joking when I ask Gino about evidence. I have trust issues. Let’s just say one day I came to the conclusion that men, generally speaking, are cheaters. You can be the perfect wife, look so beautiful, treat them good, it’s never enough.”

Jasmine says she will never get cheated on again, telling her friend, “I told [Gino] that you cannot be nice to women. Especially if I’m around.” She went on to deny that her rules are “psycho.” According to Jasmine, she always has to be “the center.”

On the show, Gino, an automotive engineer from Canton, Michigan, travels to Panama City in Panama to meet the love of his life, Jasmine, an American literature teacher. Their relationship comes at a time when Gino has begun to lose hope of starting his own family, having divorced his Brazilian first wife seven years ago.

They met on an international dating site, where he fell in love with her personality, beauty and brains. His plans are ultimately to officially propose to Jasmine and get her pregnant during his trip so that he can make the family he has always longed for.

Watch the next episode of 90 Day Fiancé: Before the 90 Days on Sunday at 8 pm ET on TLC or stream on discovery+.

Readers, are red flags waving for this new, romantic couple? Let us know you feelings by dropping a comment below.

Y&R Spoilers: Will Connor Try To Manipulate His Parents Into Reconciling Again?