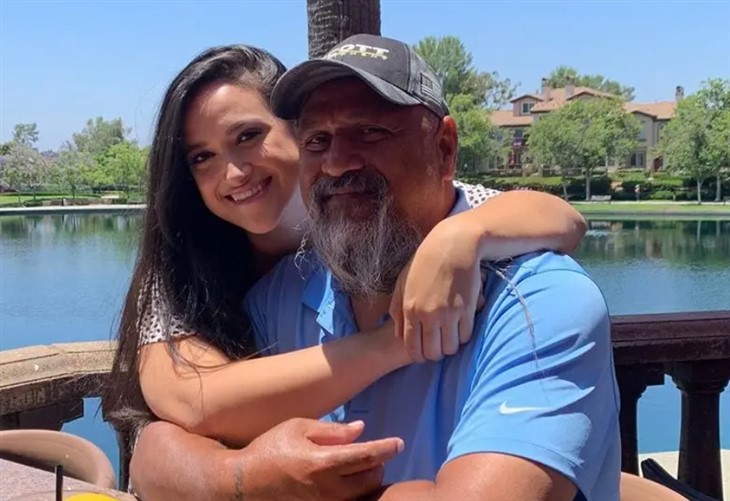 90 Day Fiance: Happily Ever After? fans have seen Kalani Faagata struggling in her marriage to Asuelu Pulaa. Her family has never liked Asuelu, who seems to make so many problems for their relative. However, despite this, when Kalani started thinking of divorce, her father advised her to think carefully and rather try and make her marriage work.

Kalani and Asuelu have had marriage problems all along, which makes things hard for their two sons, Oliver and Kennedy. There have been many problems between Kalani’s family and Asuelu, along with pressure from Asuelu’s mother, who used to insist they give her money. It is therefore a surprise that Kalani’s dad has had a change of heart. Rather than divorce Asuelu, he says Kalani must try and make their marriage work.

In a teaser for Sunday’s episode of 90 Day Fiance: Happily Ever After? Kalani’s father, Low, takes her out for a chat. He explains to her, “The reason why I wanted you to come out with me to talk is that your mama told me something about you thinking about divorce.”

Kalani felt a little awkward for a while, but then explained how her marriage with Asuelu has been so hard. She finds her marriage has been one-sided for far too long and because of this, she feels like giving up. Kalani believes it is Asuelu that needs to change if they are to save their marriage.

Low told her that their two sons need their father for guidance as they grow up. He explained that Samoan people do not believe in divorce – they should rather work on their marriage to keep it strong. Low said, “Divorce is just for people who give [sic] up,” adding, “I thought you were stronger than that.”

Low told the camera that things don’t always go well in marriage, but everyone needs to make a sacrifice and adjust to the situation. Kalani’s dad did also point out that she shouldn’t be so bossy. Low did, however, admit he would never have told his daughter to stay in the marriage if it wasn’t for Oliver and Kennedy. Meanwhile, Kalani also accepts that her sons play a big role in her marriage.

In fact, the 90 Day Fiance star feels she has stayed so long in her marriage with Asuelu because of the two boys. Meanwhile, Kalani finds herself in the middle of everything, where she partly knows what to do, but also often doesn’t know what to do. She said, “I’m trying to figure out what I should do.”

Kalani’s father wants the divorce to only be his daughter’s last resort. Meanwhile, Kalani seems to have lost all her patience with Asuelu. She asked Low, “How long is patience,” but he pointed out that they have only been together for two years. Meanwhile, Low and her mother have been together for 18 years.

It is a hard decision for the 90 Day Fiance star to make, but hopefully, Kalani and Asuelu will be able to change enough to make their marriage work. Readers can watch the full teaser for Sunday’s episode on the People’s website.

The Bold And The Beautiful Spoilers: Liam Crumbles Under Pressure

Days Of Our Lives (DOOL) Spoilers: Chanel Offers Lifeline, Saves Allie After Nicole’s Secret Gets Out?