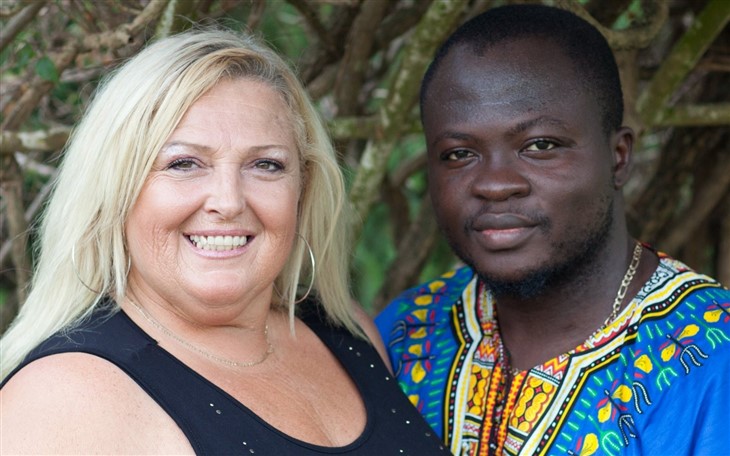 90 Day Fiancé star Angela Deem has hinted at her current relationship status with her Nigerian husband Michael Ilesanmi, despite her previously dumping him.

Viewers knew that throughout season 6 “90 Day Fiancé: Happily Ever After?” the couple has dealt with constant fights after Angela pushed through her weight loss surgery although Michael, who was still in Nigeria waiting for his visa to get approved, was against it.

Angela, at 55, had undergone surgeries to look healthier and younger for Michael. But her Nigerian husband, 34, would rather wish to spend the money Angela used for her facelift and breast reduction procedures to have their own child through a surrogate pregnancy.

Viewers had seen their conflict turned into a full-blown fight when Angela asked an IT specialist to illegally hack Michael’s phone. When she told Michael to turn on his WhatsApp live location, she ended up insulting him instead and calling him a “Son of a b****” while in a store.

Angela then rejected her husband, while he was still trying to speak for himself over the phone, and called him a child. She said all her feelings for him were gone and insulted him as a liar, fake, and manipulator. She even released him, saying he should find and marry a Nigerian woman.

But amidst surgery transformation, divorce rumors, Angela flirting with surgery doctors, and fans calling out the network to cancel or ban Angela from the show, it looks like the couple has made up according to Angela’s latest Instagram update.

Angela has recently shared a photo of her little granddaughter while Michael was on the other side of the screen as the two talked via video call, with the song “Essence” by WizKid played as a music background.

“Look @Ariah she loves her poppy,” The celeb wrote in her caption, revealing that her grandchildren refer to Michael as their “poppy” while teasing viewers and fans that they are still together against all odds.

But it seems like TLC fans have had enough of the couple’s drama that many have accused them of faking their fight to gain more attention from viewers as the plastic surgery plot won’t sell to many.

Viewers have flooded her post with questions if the two “are still together” after all the drama they’ve seen on screen. “I guess Poppy is still around,” a fan teased.

“This so so dysfunctional,” described another fan. While viewers are picking their side of the coin, most of them agree that what Angela is doing might affect the children’s view about love. Fans are questioning Angela how can the little child still love her “poppy” when she hears her grandmother abuse him verbally constantly.

While Angela has no care about cultural differences anymore, a fan pointed out that her verbal abuse of her Nigerian husband is not “American” but “rude”. “Have boundaries, yes, but the way you speak to your husband is not honouring or mature,” the fan added.

The reason these two remain to hold on to each other remains to be a mystery to fans. Viewers can only wait for more episodes to unfold to witness how far this “dysfunctional” relationship can go.