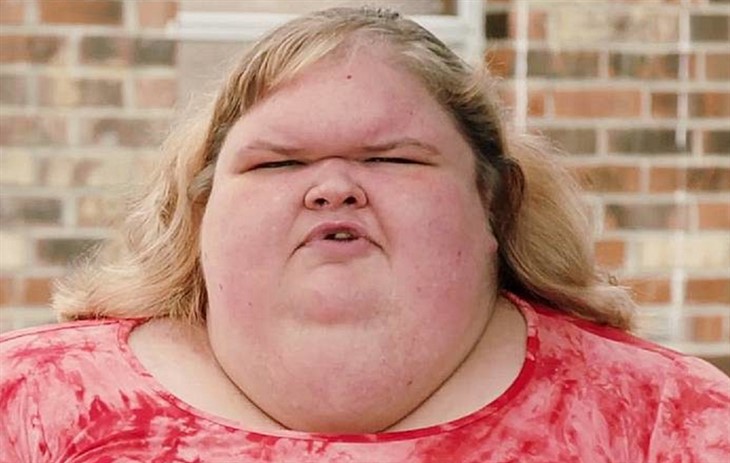 1000-Lb Sisters spoilers reveal that some fans think that Tammy Slaton is engaged with her new boyfriend, Phillip. It looks like the Kentucky native met him online and they have been dating long-distance. Phillip lives in Las Vegas right now, but they seem to have gotten closer than ever.

1000-Lb Sisters Spoilers – How Is Their Relationship?

Tammy seems to be very happy with Phillip, but of course, her fans and family feel that he is another man wh just wants to use her because she is a larger woman. Tammy has made it clear that he does love big women and this could be an issue. With her last boyfriend, Jerry Sykes, he also loved big women and he kept feeding the foods that were not good for her. Some fans think that he was the reason that she gained over 100 pounds.

1000-Lb Sisters Spoilers – Are They Engaged?

A major concern that Tammy’s fans have for her is if she is engaged to Phillip. There have been a few rumors that they are engaged, but we looked through her social media accounts to see if we could find out more. Tammy did tell her fans that Phillip is everything she wants in a man and when they met face to face, she loved every moment of it. She seems to think that he is the one for her, but is she getting too excited too quickly about him? Some fans think so.

Although it doesn’t seem like they are engaged, it is clear that they are exclusively dating one another. Tammy has said that he makes her happier than anyone ever has, so we will have to wait and see what is next for them.

Be sure to catch up on everything happening with 1000-Lb Sisters right now. Come back here often for 1000-Lb SIsters spoilers, news, and updates.