Young And The Restless Spoilers: Theo Needles Summer About Her Obvious Attraction To Kyle 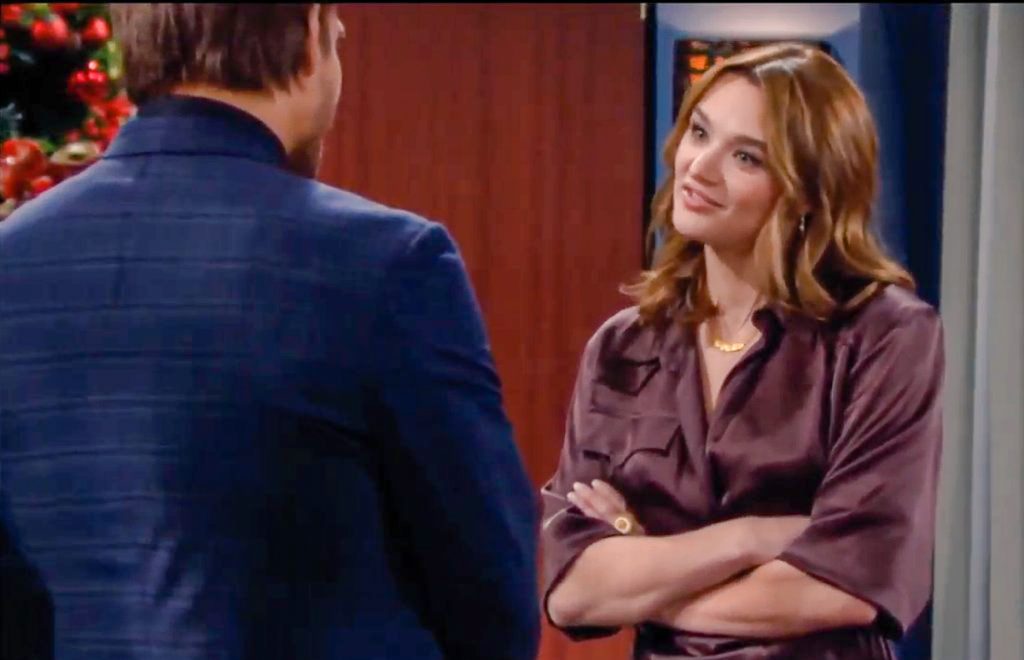 Young & The Restless Spoilers – This Is Nothing New

Summer may well be carrying a torch still for Kyle, who she was once married to, and Theo finds someone who accepts him and is fun to be around in Lola. He has the unofficial position of taste tester of her new dishes at Society, where she is the chef. She is the only one who knows his embarrassing secret, that he faints at the sight of blood, and now that it has been discovered that Theo and Kyle are cousins through their grandmother Dina Mergeron (Marla Adams), Lola just thinks of Theo as part of the family since he is her cousin in law!

Theo may point out that Summer and Kyle may actually be more compatible than Kyle and Lola, since they are from more similar backgrounds than Kyle and Lola are. Summer and Kyle are both children of privileged, wealthy families, whereas he and Lola are more similar in how they were raised – Lola, more of a blue collar upbringing, and Theo more of a lower management training at the best, since his father was a “lowly salesman”.

However their upbringing is much more similar. Viewers of The Young and The Restless will recall a recent episode when Theo and Summer saw Kyle and Lola kissing after Lola brought takeout to Jabot for lunch, and Theo accused Summer of wanting Kyle to kiss her and Summer accused Theo of wanting to be with Lola! Undoubtedly each of them has a point!

A valid point was also made in a recent episode of The Young and The Restless that Theo works more at Society, especially when Lola is there, than he does at the Jabot office, and he chalked it up to there being better food there than close to Jabot!

But Theo also notices those longing looks that Summer gives Kyle when she thinks no one is watching, and it’s a telltale sign that she is nowhere near over Kyle deep down inside; her mother notices it too and has brought it up to her although Summer continues to deny it. In the midst of all that, she will continue to try and keep a balance at work and try to keep Kyle from strangling Theo, as he has many times looked like he was ready to do! Perhaps needling each other about each other’s attractions to the Abbott spouses is good stress relief!