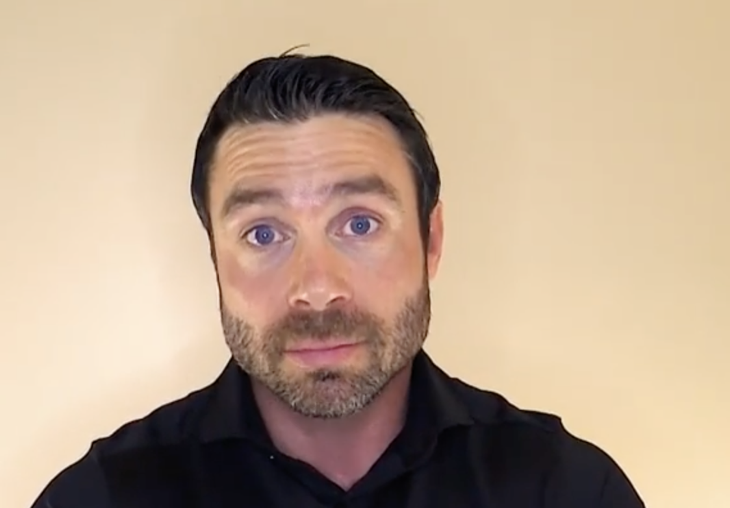 TLC 90 Day Fiance: Before the 90 Days season 4 cast included Geoffrey Paschel. He has since been quietly removed from the TLC franchise due to his recent criminal charges. Now, he is speaking up and can “explain” the rape and domestic abuse allegations. The reality TV alum claims that every single one of his former flames is lying to make him “look bad.”

Not All Criminal History Was Disclosed

When viewers first met Geoffrey on the TLC reality show, he admitted to having a criminal history. However, he only disclosed a few of the incidents, including that he went to prison many years ago for drugs. He left out a whole lot more, the extensive length of his rap sheet, as well as his more recent arrests for violence.

A few of the charges included assault, interfering with an emergency call, domestic abuse, and kidnapping. He has also been accused of rape, per The Hollywood Gossip. Some of those charges are no longer showing, so a few of those charges have likely been dropped.

Accused Of Rape and Domestic Abuse

The 90 Day Fiance alum claims that the allegations are not true. That might be believable if the accusations were just from one former girlfriend. However, multiple exes have made similar claims and we have admitted, there seems to be a pattern here. His most recent arrest was just last year. His romantic partner at the time claimed she was assaulted by Geoffrey.

It seems that police officers witnessed Geoffrey’s violence. Then, there is what is described in the police report. There is mention of “smeared blood” throughout the house. One of the victims also said that during the long assault, her phone was damaged so she could not call 911.

“That which can be destroyed by the truth, should be.” [TRIGGER WARNING: Mentions DV and rape] Love was never meant to be a double edged sword. It was and is an ever-giving, altruistic blessing. There are times when love is wedged by the false claims and leveraging of shared children. Just because something is stated, doesn't make it fact. I hope by watching this (and the others to come), where I cite the truth and back it up with evidence, eyes can be opened and views can be changed. I am not the only one in my shoes and hopefully this can thwart the use of these tactics when in a disagreement over custodial issues or other compromising facets of life. Now on YouTube. Link is in bio in LinkTree. . . . . . #geoffreypaschel #90dayfiance #90DF #Beforethe90days #90dayfiancebeforethe90days #TLC #reality #tv #show #truth #honesty #custody #tellall #truthbetold #custody #children #parents #coparenting #love #relationships #believe #gossip #blogs #lies #allegations #thewholestory

THR shared that the police report describes “a grisly amount of physical evidence as well as an outcry witness.” The website also stated that Geoffrey actually tried to kick out police car windows when he was in the backseat during one particular arrest.

** VIDEO NOW UP ON YOUTUBE ** People want me to own my past… Ok, I will. I will completely accept my past and what I’ve actually done but what I won't accept is a "past” a group of people have created to fit their own agenda or the biased, sensationalized past created by sites and pages for their own personal profit and clicks. There is nothing worse for children than a toxic relationship between their parents. When that is coupled with false allegations, there will be no winner, just victims. I will not sit back and allow my children to be victims. I will stand up and fight to the end. This is just the beginning… YouTube link in linktree in bio. . . . . . . #geoffreypaschel #90dayfiance #90DF #Beforethe90days #90dayfiancebeforethe90days #TLC #reality #tv #show #truth #honesty #custody #tellall #truthbetold #custody #children #parents #coparenting #love #relationships #believe #gossip #blogs #lies #allegations #thewholestory

Geoffrey Paschel Claims Everyone Is Lying About Him

The 90 Day Fiance alum claims that everyone is lying about him and just wants to make him look bad. He tried to “explain,”

“The [first] allegations came from [my son] Cayvan’s mother, then [my] second wife jumped on board. And it was after that, after I’m leaving a relationship, the girlfriend jumped on “

Geoffrey says that all of his former lovers are just trying to demonize him. He further states that the only “proof” are police reports. Whether there is evidence or not, the accounts are horrifying.

Be sure to catch up on everything happening with Geoffrey Paschel right now. Come back here often for 90 Day Fiance spoilers, news, and updates.