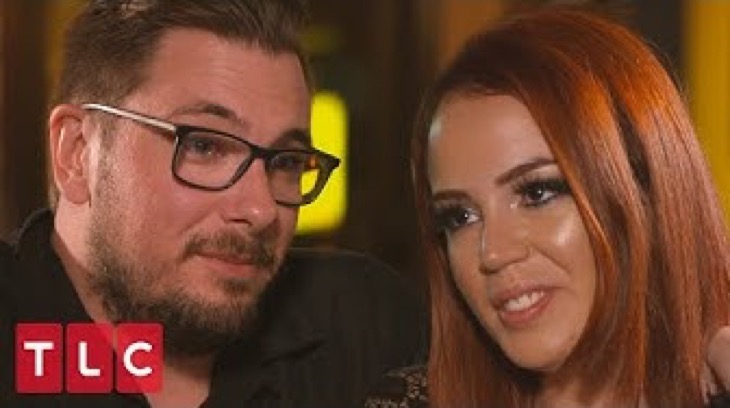 In the season five opener of “TLC 90 Day Fiancé – Happily Ever After?” some couples appear to still be together and happily so, some, not so much! Let’s go over their situations and do a little catch-up from season four.

So Who Is Colt Johnson’s Secret Love And Why Is He Keeping Her A Secret?

“90 Day Fiancé – Happily Ever After?” viewers know that Colt and Larissa Dos Santos Lima didn’t work out – largely because of the interference of his mother, Debbie Johnson. In season four, she just wasn’t having any of Larissa, especially since the two were living together in her house! Her behavior finally drove Debbie over the edge, and Colt and Larissa to splitsville, although Larissa’s trial certainly didn’t help matters any and put Colt and Larissa through h- e- double hockey sticks!

Now, according to E News online, he is seeing another Brazilian woman named Jess but just how long does he think he can he keep it a secret from Mama Debbie?! Colt and Larissa were in the original “90 Day Fiancé” as well.

Angela Deem is urged to seek legal advice about how she can marry Michael Ilesanmi. His K-1 visa has been denied and now it looks like she will have to move to Nigeria to marry him instead of him come to her so that she can fulfill her dream of an American wedding. “90 Day” fans will recall that Angela and Michael were on both the original “90 Day Fiancé” and “90 Day Fiancé – Before The 90 Days” programs. It sounds like it may be a difficult road ahead for the couple before they can achieve their marriage dreams! As anyone familiar with the emigration process knows, it can take several years if one does it right!

Larissa’s future in the United States is very iffy with all her arrests and trials. She’s divorced from Colt and split up with Eric Nichols, and single, ready to mingle, and get more cosmetic surgeries, but the path to the United States citizenship is very challenging.

Usually one has to have practically a pristine life with no criminal background, and even civil cases can put a damper on citizenship. Now that she is divorced from Colt, an American citizen, can she use that short time they were married to her advantage? It’s doubtful! Usually, a spouse has to stick with the American citizen for several years if that was a factor in her citizenship bid!

TLC '90 Day Fiance – The Other Way' Spoilers: Is Sumit Hiding A Child From Jenny? #90Dayfiance #90DayFianceTheOtherWayhttps://t.co/9gQKCYbSiU

That actually should be “Elizabeth Castravet” because the couple is now married and recently welcomed baby Eleanor. Now that Eleanor is here, Elizabeth wants to return to work as Andrei adjusts to being a stay-at-home dad. But he decides that the time might be right for a return home to Moldova so that the couple can have a second wedding so that his family can be involved, and of course to meet their new little cutie. His in-laws will be blindsided when he suggests that they too, attend the wedding in Moldova – and that he wants his father-in-law to pay for the trip!

Finally, Kalani Faagata tells Asuelu Pulaa should change his priorities – their two toddlers make life crazy enough, without Kalani’s family bringing pressure. They are worried that Asuelu isn’t supporting Kalani and the children properly and Kalani can’t help but think they may be right. Meanwhile, Asuelu himself is homesick and they make plans to try to reconnect with some of his family members, but it seems to make things even worse!

Will these couples and former couple be able to live their dreams, or will circumstances tear the ones apart who have managed to stay together? Stay tuned to “90 Day Fiancé – Happily Ever After” and come back here to see news, updates, and developments with all your favorite “90 Day Fiancé” programs and couples!

TLC ’90 Day Fiancé – The Other Way’ Spoilers: Deavan Clegg Has Serious Doubts Before Moving Back To South Korea – What Is She Worried About?

Days Of Our Lives Spoilers: Claire’s Not Crazy, But ‘Healthfully Scheming’ Actress Says