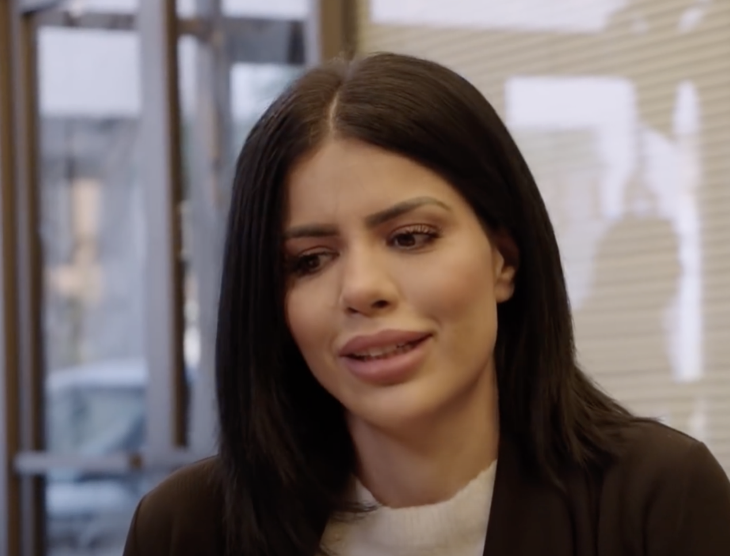 TLC’s “90 Day Fiancé-Happily Ever After?” star Larissa Dos Santos Lima says that her ex-husband and ex-mother-in-law Colt Johnson and Debbie Johnson are now dead to her, and she’s moved on!

Even though they have been divorced for a while now, Larissa and Colt are still one of the most controversial and most talked-about couples in the “90 Day Fiancé” franchise of shows! They still manage to get under each other’s skin even after this long of a time. But now, after having filmed the fifth season of “90 Day Fiancé-Happily Ever After”, it would appear that Larissa has completely moved on.

In a recent Instagram story, she revealed that they are dead to her, or as she put it, “they are dead for me.” Viewers will recall from the season five premiere that Larissa had said that she was finally trying to move past her rocky and a rather violent relationship with Colt and Debbie. She was arrested numerous times for domestic violence and had to perform community service for quite some time.

In the sneak peek of the next new episode, “Ultimatums and Ugly Truths” she actually goes to her attorney to try and get the charges reduced to “disorderly conduct” after the fact so that her chances at getting a green card will be better. She even faces deportation because of Colt – and she had moved in with a close friend named Carmen, and had started dating a new man named Eric Nichols. They broke up but now it looks like they have gotten back together, according to a new Instagram post and scenes from the upcoming episode.

Living With Colt And Debbie Was Hell For Larissa

Larissa also says that living with Colt and Debbie was hell, and pretty much a nightmare for the whole time. Larissa, who is a Brazilian citizen, came to the United States on a K1 visa, which is for fiancés of American nationals to be able to come to the United States and marry. The K1 visa lasts for only ninety days, in which the marriage has to be completed, and it is non-renewable.

When she and Colt married, he had applied for a green card for her, so that she could become a permanent United States citizen. But when they divorced, he canceled the application and pursued getting her deported by canceling her Affidavit Of Support, otherwise known as Form I-864, which is a contract an individual sign agreeing to use their financial resources to support the intending immigrant named on the affidavit under Section 213A of the Immigration and Nationality Act.

If the sponsor cancels this, then the prospective citizen is in danger of being deported. This means that Larissa has to find a different way to stay in the United States, and she is afraid her dreams will die; she is afraid she could be arrested again and deported. She had planned to bring her children over to the USA also and fall in love and have the family and life she always dreamed of.

In another recent Instagram story, she indirectly compared Colt and Debbie to a tumor that has been removed; although she didn’t compare them to a cancerous tumor but to a benign one. She wrote it was not like they could continue to hurt or infect a person or the person’s loved ones, but life is difficult if they are not cut out completely – which she is proud to say has been accomplished, and all she is left with are bad memories. Larissa also roots for other immigrants trying to make a new life for themselves and said she will always fight for them.

Stay tuned to “90 Day Fiancé-Happily Ever After?” and check back with us frequently for all the latest news, updates and developments with all of your fave “90 Day Fiancé” shows and stars!