The Young And The Restless (Y&R) Spoilers: Nick Drills Sharon About Wedding – ‘What About Adam?’ 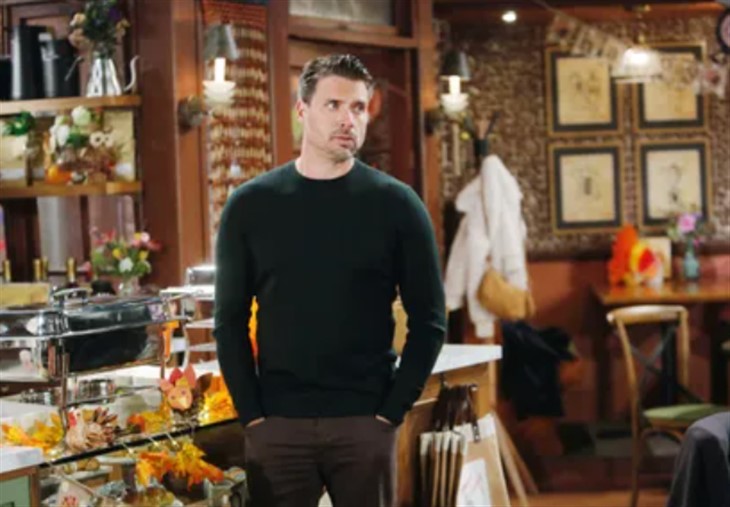 The Young and the Restless (Y&R) spoilers tease that Rey Rosales (Jordi Vilasuso) and Sharon Newman’s (Sharon Case) wedding will have many surprises. The most surprising is the day before her wedding when her ex-husband and the father of her children, Nick Newman (Joshua Morrow) stops by for a visit.

Nick will ask Sharon if she is sure marrying Rey is the right decision. He ponders whether his ex-wife is really over her connection to his brother, Adam Newman (Mark Grossman). Sharon’s reply will leave many soap viewers scratching their heads, wondering if she is being honest with herself.

The one thing the Y&R fans love about Nick and Sharon is they always have each other’s back. Several years ago, they tried to reunite but it didn’t work out. Sharon kept a secret from him, and it destroyed their trust. However, they both realize they are better friends than romantic partners.

It isn’t a huge surprise that Nick would stop by Sharon’s place to offer his support of her the day before she marries Rey. The Young and the Restless spoilers tease that Nick decides to get brutally honest with Sharon, knowing that if she has any doubts, she would not hesitate to tell him the truth.

The Young and the Restless spoilers state that Nick is anxious about Sharon marrying Rey, for fear she could hurt him. Nick, being Rey’s best man, worries that Sharon isn’t over Adam yet. So, he decides to ask her if she is really done with Adam.

At first Sharon is taken aback. However, after the shock of the question wears off, Sharon tells Nick that she is done with Adam and there is nothing he can do to get her back in her orbit.

Soap Opera Digest reveals that Sharon closes the door after Nick leaves, and she looks anxious. It seems likely that she isn’t over Adam yet. That will be more apparent in the next few weeks when Adam needs Sharon’s support after Chelsea Newman’s (Melissa Claire Egan) health takes a dive.

Nick will let Sharon know that he thinks Rey is the right man for her, but he worries that Adam could put a wrench in that. He wants her to be more proactive on Adam and set boundaries with him.

It looks like Sharon has been trying to convince herself that her time with Adam is over, but that is about to be tested. Do you think Sharon is really over Adam? Don’t forget to come back later for more The Young and the Restless (Y&R) spoilers, news, and casting updates!