The Young And The Restless Spoilers: Vickie Makes Billy An Offer – Villy Focuses On Common Enemy 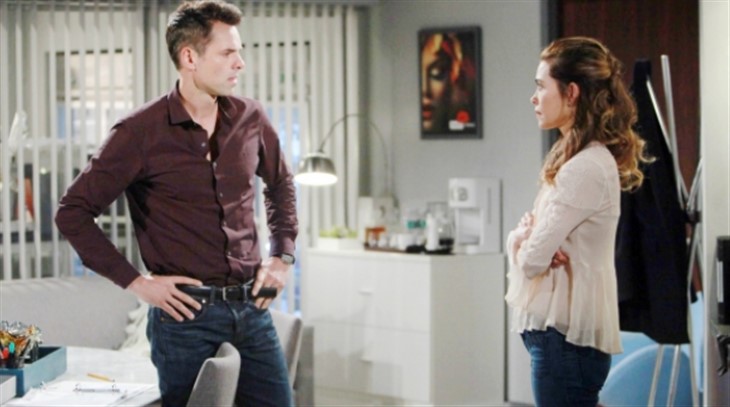 CBS The Young and the Restless spoilers document that Vickie Newman (Amelia Heinle) and Billy Abbott (Jason Thompson) are pairing on a plot. However, their combined efforts likely don’t mean a romantic reunion will unfold. Instead, they will fuse their energies against a common enemy.

As fans recall, Nikki Newman (Melody Thomas Scott) confided in Vickie in the spring. Heinle’s character was told that Victor Newman (Eric Braeden) revealed that Adam killed a man in Kansas when he was a child. Vickie was also informed that Victor covered up the matter in order to shield his then young son from trauma and that Adam apparently has no memory of the incident taking place.

The Young And The Restless Spoilers – Just Getting Started

Jill Abbott’s (Jess Walton) latest attempt to provide her son with something productive to do with his time had him become the co-head of CI’s emergent digital news outlet. He and Lily Winters (Christel Khalil) were just getting started when viewers last saw them in late April.

Leaking information to trusted news media sources has long been practiced. In this instance, Vickie is playing into her complicated personal relationship with Billy.

Victor wasn’t happy that Nikki shared what she knew with Vickie. Hardcore fans recall that Vickie bee-lined to Adam so she could make cryptic comments, without actually revealing what she knew. That happened because Adam pressured Victor into ousting his sister from the Chief Executive Officer’s spot at Newman Enterprises.

Adam was only allowed to remain in the top spot, he believed he’d forced his way into for approximately a day. Vickie wants to ensure that Adam is neutralized, or defeated.

The Young And The Restless Spoilers – Billy Abbott Is Motivated

Billy forgave Adam in court a number of years ago. But the haunting memories of what happened to Delia Abbott (Sophie Pollono) haven’t been erased.

Anything to do with Adam is deeply personal for Billy. He suffered a surprising and scary mental break last summer after Adam resurrected himself.

While Vickie and Billy aren’t currently Villy in any romantic sense, they will always look out for each other. In this situation, they are also aiming at Adam. Using his past against him could serve as a neutralizer, or even as a ticket to jail depending upon what other information is exposed.