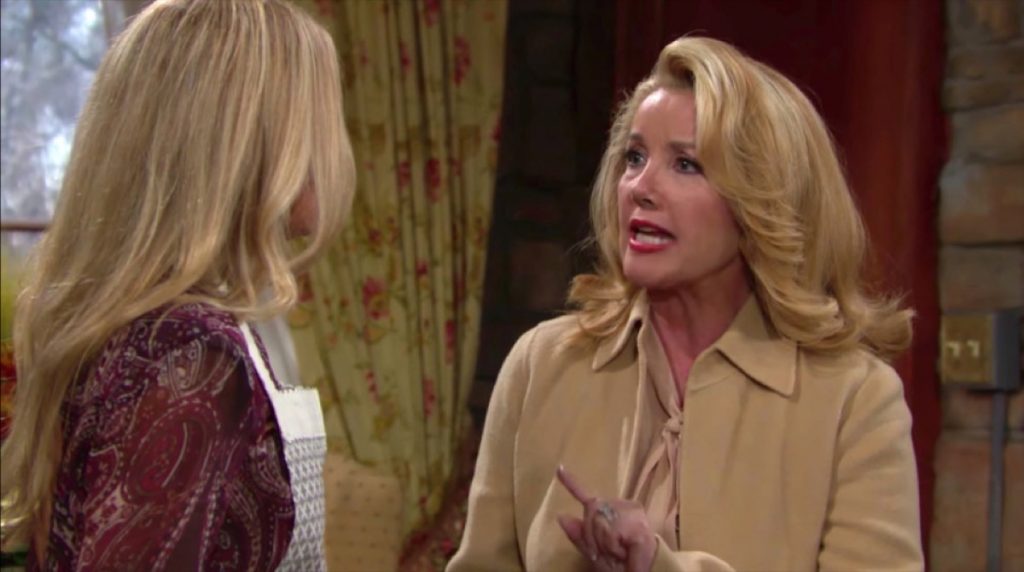 The Young and the Restless (Y&R) spoilers for Tuesday, March 10, tease that Victoria Newman (Amelia Heinle) will receive good news. At the ranch, Victoria learns the latest on the leadership situation at Newman Enterprises. After Nikki Newman (Melody Thomas Scott) fills Victoria in on Nick Newman’s (Joshua Morrow) temporary CEO decision, Victoria’s glad he stepped up.

Later, Victoria allows Billy Abbott (Jason Thompson) to drop by for a visit. He’s sorry for everything Victoria’s been going through and wishes it had been him instead. Victoria believes that, but none of this changes her mind. Billy broke her and that’s on him. Victoria maintains that they’re done, so he can have the fresh start he wanted. She tears up soon after Billy exits. 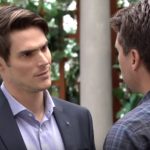 The Young and the Restless Spoilers – Sharon Newman Feels Disappointed

Meanwhile, Sharon Newman (Sharon Case) is disappointed about her chemo session cancellation. Her white blood cell count was too low. After Rey Rosales (Jordi Vilasuso) leaves for work, Sharon takes a nap and then asks Mariah Copeland (Camryn Grimes) about her love life. Mariah still hasn’t been able to get in touch with Tessa Porter (Cait Fairbanks).

Sharon’s frustrated and feels like her cancer’s keeping Mariah from doing what she needs to be doing. She thinks Mariah has to track Tessa down and offer an apology. After Rey sends Nikki over to the cottage later, Sharon sits down with her and makes some admissions. Nikki urges Sharon to open up about her darkest fears since Sharon can’t go to the worst-case scenario with Rey and Mariah.

Sharon frets about what she’s going to do if she can’t continue her chemo. She’s living in a constant state of terror, but Nikki reminds Sharon of her strength. Once Nikki pushes Sharon to fight and accept that the rest is beyond her control, Sharon marvels over how well they’re getting along. Nikki suggests no one has to know that and pulls a weepy Sharon into a warm embrace.

Over with Rey, he runs into Billy at the Grand Phoenix. Things are OK with Billy and his kids, but he’s certainly not Victoria’s favorite person. Rey suggests that Victoria’s dealing with a lot of pain and fear. He thinks maybe Victoria’s linking all that to Billy instead of Ripley Turner (Christian Keyes), who’s actually to blame.

Billy hates watching someone he loves suffering like this. He feels powerless to help, which Rey can understand. Across town, Elena Dawson (Brytni Sarpy) and Devon Hamilton (Bryton James) learn Jared (Michael Maclane) – the teen who sought help for an arm wound recently – needs more assistance. Jared’s grandfather collapsed, so he’s rushed to the hospital and Nate Hastings (Sean Dominic) is notified.

Nate chats with Amanda Sinclair (Mishael Morgan) at Crimson Lights briefly. She lets him know she intends to be there for Ripley’s arraignment. After Nate gets a disturbing text, he takes off to handle it.

Soon after, Devon and Elena bring Jared in. Jared is introduced to Amanda, who wants to ask a few questions. He’s treated to a meal and confirms that he’s 18. Jared assures Amanda that he can take care of himself.

Once Jared learns his grandfather is stable, he’s ready to go visit him at the hospital. As for Amanda, she determines that she won’t attend Ripley’s arraignment after all. Amanda wants to concentrate on helping people instead. Devon and Elena express their excitement over the new clinic and their plans to change the world.

At Jabot, Mariah stops by to see Kyle Abbott (Michael Mealor). She joins him on the sofa and admits her life’s turned into a disaster. Mariah confesses that she lost her job and hints about a health issue. She hasn’t revealed any of this to Tessa and managed to make the situation even worse.

Mariah acknowledges that she accused Tessa of cheating and then got caught with Lindsay (Kirby Bliss Blanton). She insists she didn’t take Lindsay back to the apartment with the intention of doing what they did. Kyle’s reaction lets Mariah know she indeed screwed up big time. He urges Mariah to find Tessa and beg for forgiveness. Mariah fears she won’t get it, but Kyle’s encouraging.

Since Kyle knows beyond a shadow of a doubt that Summer Newman (Hunter King) is the woman for him, he thinks Tessa is like that for Mariah. The Young and the Restless spoilers say there’s much more drama to come, so we’ll keep you posted as other Y&R updates emerge. Stay tuned to see what else is brewing in Genoa City.

The Young and the Restless Spoiler: Will Tessa take Mariah Back After Finding Out About Sharon’s Crisis?