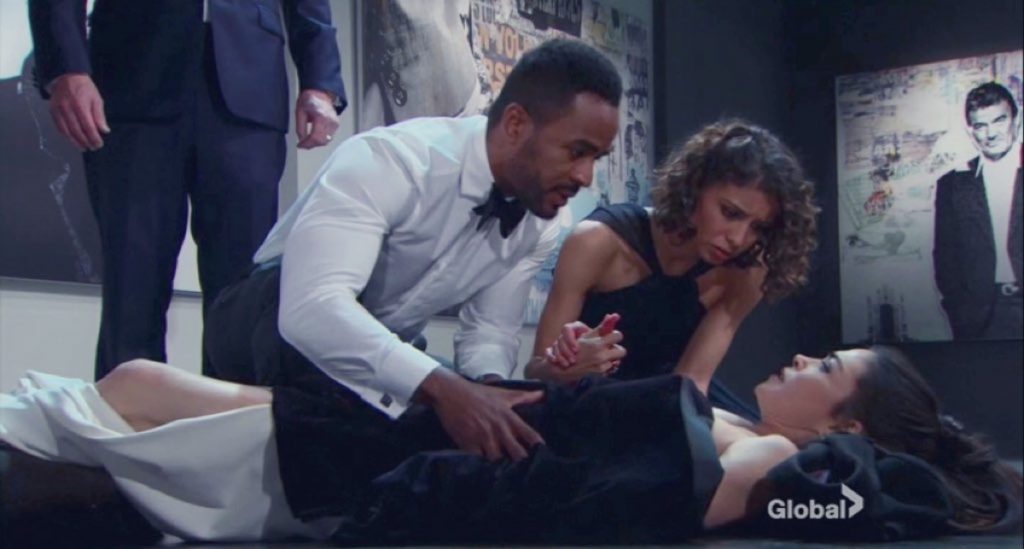 The Young and the Restless promo for the week of February 24th thru 28th indicate that the fallout from Victoria Newman’s (Amelia Heinle) stabbing continues.

The Young and the Restless Spoilers – Mistaken identity

Throughout the night, Ripley watched Amanda with Billy Abbott (Jason Thompson), when he believes is her lover. As the lights in the art gallery dimmed, Amanda left and Victoria came in to see Billy. A jealous Ripley then stabbed Victoria thinking she was Amanda.

After undergoing surgery, Victoria is in a medically induced coma.

Victoria’s family rallies around her as she fights for her life. The family keeps vigil at her bedside, but things aren’t looking good for Victoria.

While Victor Newman (Eric Braeden) tried to remain strong and reassure everyone that Victoria will be fine, Nikki Newman (Melody Thomas Scott) breaks down. Nikki knows Victoria isn’t getting better and Nikki is seen yelling. She tells her husband not to tell her everything will be alright because nothing about this situation is alright.

Victoria and Billy recently split up due to his reckless behavior and accusations about an affair with Amanda.

Following Victoria’s stabbing, Billy tried to go to the hospital, but was confronted by Victor.

Victor yelled at Billy for breaking his daughter’s heart and blamed him for what happened to Victoria. He then ordered Billy to stay away from the hospital.

However, Billy disobeys Victor’s rules and sneaks in to see Victoria. As he sits at her bedside, Billy breaks down in tears.

Billy has been exhibiting reckless behavior, which ended his marriage. He believed Victoria was trying to change him into something he’s not and wouldn’t accept him as he is.

Seeing her fighting for her life will make Billy realize he’s been acting foolish and will get him to change his ways.

The big question is whether Victoria will survive.

While things aren’t looking so good, odds are Victoria will wake up from her coma.

The Young and the Restless Spoilers: Mariah Freaks Out On Tessa, Suspects She Is Cheating https://t.co/5Ix24Q68EI pic.twitter.com/lT3IwW0uCX

When she does, there’s going to be some changes to her life. One has to do with her role at Newman Enterprises.

While Victoria will be anxious to get back to work, doctors will want her to take it easy as she recovers from her injuries. Victor will also insist that his daughter take some time off. While Victoria’s away from work, Victor will have to find a replacement CEO, which won’t go over well with Victoria.

Another change that Victoria will have to face is her relationship with Billy. The two have been at odds since their separation, and Victoria vowed she was finished with Billy. However, her stabbing could have her and Billy rethinking their decision to split up.