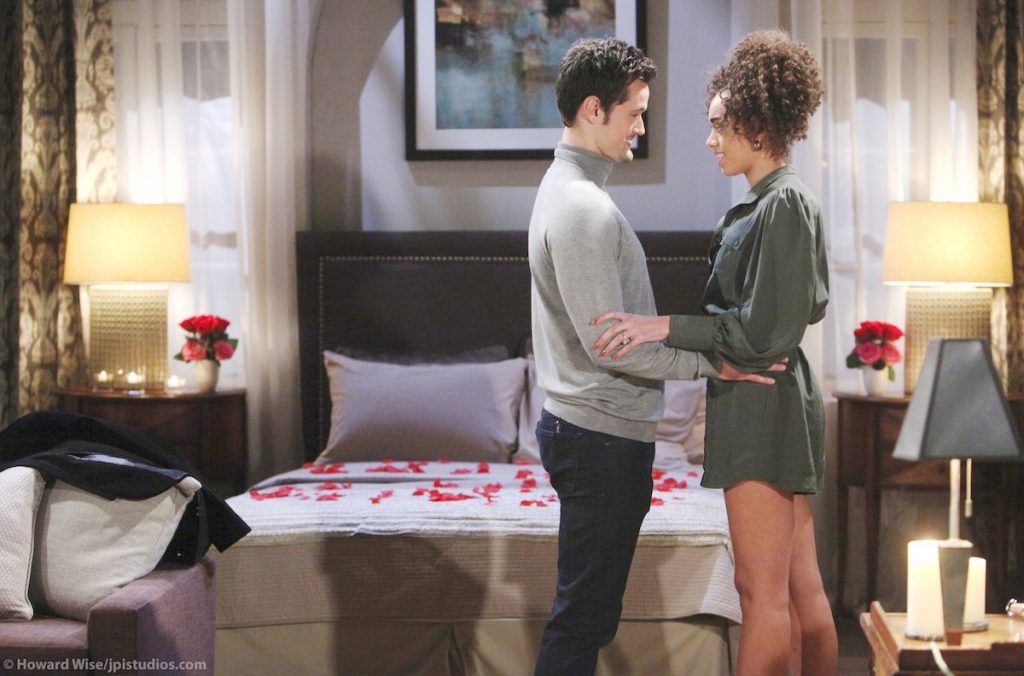 The Bold and the Beautiful (B&B) spoilers tease at Thomas Forrester’s (Matthew Atkinson) plans to get Hope Logan (Annika Noelle) back will backfire on him. Thomas’s plans have been working so far but could getting what he wants to reveal his true intentions in the end? His recent stunt hints at this being the case.

Thomas has been trying to get Hope back ever since the baby Beth (River Davidson and Madeline Valdez) storyline came to an end, and now, he may get what he wants, but could it come at a price? Zoe Buckingham (Kiara Barnes) believes that Thomas is in love with her and moved on from his infatuation with Hope. However, viewers understand that this is not the case and that Zoe is just a pawn in Thomas’s plan to reunite with Hope. Thomas continues to use Zoe’s feelings for him to his advantage and decides to propose to her in front of his family. Zoe is skeptical at first, but after hearing Thomas say that he loves her, she accepts the proposal. Thomas’s actual plans were to make Douglas Forrester (Henry Joseph Samiri) upset since he will think that he is going to lose mommy Hope. This works, and Douglas leaves the dinner early, followed by Hope. Thomas’s plans are working just as he was expecting them to. However, what he did not expect was for his guest to be skeptical of his marriage proposal.

The Bold and the Beautiful Spoilers: Ridge Suspicion Of Thomas – Zoe Is In Danger From Villain #bb #boldandbeautifulhttps://t.co/2s8KUGdw7U

Thomas expected the usual guest to see through his plan as they are already skeptical of him. So, when Liam Spencer (Scott Clifton) and Brooke Logan’s (Katherine Kelly Lang) approached him, he was very cocky and pleased with himself. On the other hand, when he approached his father and grandfather, he was surprised that the two were questioning his motives. This was surprising and showed just how fast Thomas is moving in his plan. Ridge Forrester (Thorsten Kaye), who was protecting Thomas from the very beginning, has become skeptical of Thomas for the first time since Beth was found to be alive. So, will Thomas’s actions reveal to his supports his true intentions?

So far, the only people who support Thomas, without knowing his true intentions, are Ridge, Zoe, and Eric Forrester (John McCook). In the episode that aired on the 20th of February, Ridge, and Eric express their suspicion to Thomas. They were asking him if he is marrying Zoe as a way to get Hope back. After he says no and that he loves Zoe, Ridge seemed to be convinced, but maybe Ridge will begin to see through the mask of his son. If Thomas does get Hope back and decides to leave Zoe, then everyone’s suspicion will grow, and Thomas may lose his supporters.

The Bold and the Beautiful Spoilers: What’s Next For Thomas Forrester?

Only time will tell, but with news of Hope interrupting a moment between Zoe and Thomas, it may mean that Hope and Thomas may be a thing in the coming weeks unless Hope begins seeing what he is planning and instead becomes upset about the way that he is handling the situation with Douglas. Hope has expressed her disdain for the way Thomas has approached Douglas’s feelings. What do you think? Will Thomas reach his goal? Will Thomas’s ability to reach his goal backfire? Do you think Hope will fall for Thomas’s act, or will she be upset with how he is treating Douglas? We’ll give you updates as other B&B news comes in. Stay tuned to the CBS soap, and don’t forget to check CTS often for the latest Bold and the Beautiful spoilers, updates, and news.