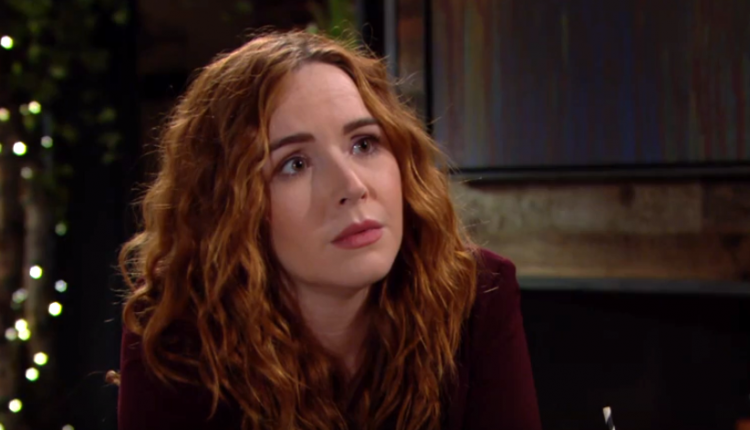 Sharon Newman’s (Sharon Case) first chemotherapy treatment begins her battle on ‘The Young and the Restless’. She’s already admitted that facing a breast cancer diagnosis is scary, a feeling that is surely shared by many (and their loved ones) on the other side of the screen.

Thankfully, Sharon is surrounded by people who love her. She’s kept knowledge of her diagnosis contained within a small group that includes Faith Newman (Alyvia Alyn Lind, the great child actor who’s returned for a more regular run with the cast), Nick Newman (Joshua Morrow), who is her friend and original soul mate, Rey Rosales (Jordi Vilasuso), who is a current soul mate, and Mariah Copeland (Camry Grimes), who is her rock.

The Young And The Restless Spoilers – Crimson Lights Renovation Announced

Hardcore fans recall Y&R’s halcyon days when Case and Morrow first began working together in 1994. The couple they developed into later sparked an iconic nickname, ‘Shick’.

Sharon and Nick’s discovery of Cassidy Newman (Grimes’ initial role on the show) remains one of the epic adventure storylines. Cassie’s death shocked daytime, as Grimes was written out for highly controversial strategic reasons that resulted in ‘Shick’ being split forever. They’ve never remarried, but have tried to do so on two occasions.

Considering the history that was cited, it was jarring to hear Sharon say that she was going to close Crimson Lights, the setting where she and Nick spent a great deal of time in their younger days, for renovations. This choice was made so that she could sidestep public scrutiny during her treatments.

Sharon has endured many periods of personal strife, especially where personal relationships were concerned. That’s one of the reasons why Y&R seemingly wrote ‘Shey’ into this period of stability.

Vilasuso’s character was often gazing fondly at Sharon when he was at Crimson Lights. After Rey’s initial undercover assignment ended and his attempt to make a marriage to Mia Rosales (Noemi Gonzalez) work failed, he was free to be with Sharon. Case’s character respectfully waited until ‘Ria’ was officially over before agree to allow ‘Shey’ to form.

Rey is in love with Sharon and is totally dedicated to her. That relationship is a source of great comfort during this unsettled period.

It was great to see the adult version of Cassie in a recent stand-alone episode that featured Case. Y&R has often written Cassie back but hadn’t done so in awhile.

Kudos to Grimes for projecting her initial alter ego in a way that was distinctive from Mariah. As for Sharon’s surviving identical twin, she made her twin proud. The dream sequence that revealed Sharon’s fears also provides a series of guidepost points that Cassie offered to her mom.

Mariah is surely carrying the protection torch that Cassie would still be holding if she hadn’t passed in 2005. Sharon will be relying on her strength during this challenging time.