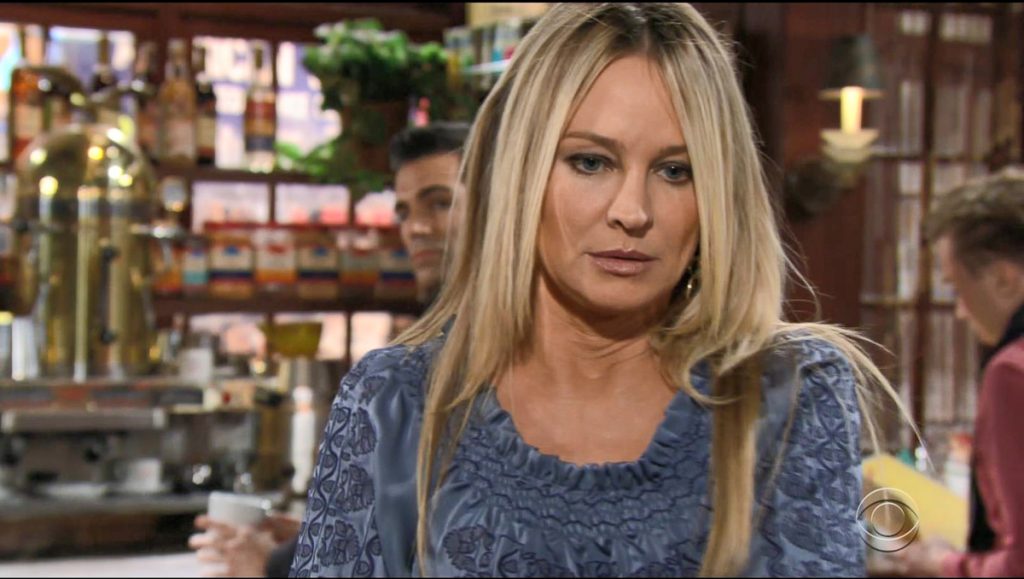 The Young and the Restless spoilers document that Sharon Newman (Sharon Case) is scared and wants to protect her loved ones. Fearing that she might have cancer, Sharon’s decision to withhold information about her potential diagnosis is one that is understandable and selfless.

However, Rey Rosales (Jordi Vilasuso) is someone she just recently began rebuilding a relationship with. It appeared as though Shey was on track to get engaged and then married. Now, this sudden drama could put the likable couple’s future at risk.

Young And The Restless Spoilers – Genoa City Appeared To Be Steady

Sharon has worked hard to gain and then maintain her mental stability. She’s been good for awhile, which her children, other family members, and friends admire and support.

No one needs a potential cancer diagnosis. The danger for Sharon is that it could cause her to be shaken, or shattered. However, she’s demonstrated sustained strength. So, the natural worries some may have could prove to be just that.

Young And The Restless Spoilers – Rey Rosales Has Endured Challenges

Rey will react when he learns that Sharon is going through something, with whatever it becomes, or does not, and wasn’t immediately told. But he will surely stand by Case’s character after that happens, right?

Y&R viewers took notice that Rey seemed to notice Victoria Newman (Amelia Heinle) late last year when she was at Crimson Lights. The gaze he offered wasn’t like when he first saw Sharon in the same setting, but the scenario must have been written into the script for a reason.

Falling in love with Sharon, giving Ria a chance until Mia Rosales (Noemi Gonzalez) proved she wasn’t interested in preserving their marriage, and then learning to trust in Shey was challenging for Rey. But soaps are about drama, which makes injecting extra conflict into what would already be a tense situation plausible.

Young And The Restless Spoilers – Sharon Newman Must Make It

Unless information is presented and confirmed, Case is not known to be leaving the show. So, Sharon will be with the cast indefinitely, continuing her epic run that began in 1994.

Sharon Collins (the maiden name of Case’s alter ego) became a legacy character because of all the talented people who work behind the scenes, those who she’s shared the screen with, most notably Joshua Morrow (Nick Newman), and because of Case’s indisputable talent. Fan response and loyalty have also been a vital part of this actor’s longevity as well.

So Sharon, in all likelihood, will either not receive a terminal diagnosis, or will beat it if she does. As for Shey’s future, that’s yet to be determined, based on a variety of factors, including the storyline that’s just begun.