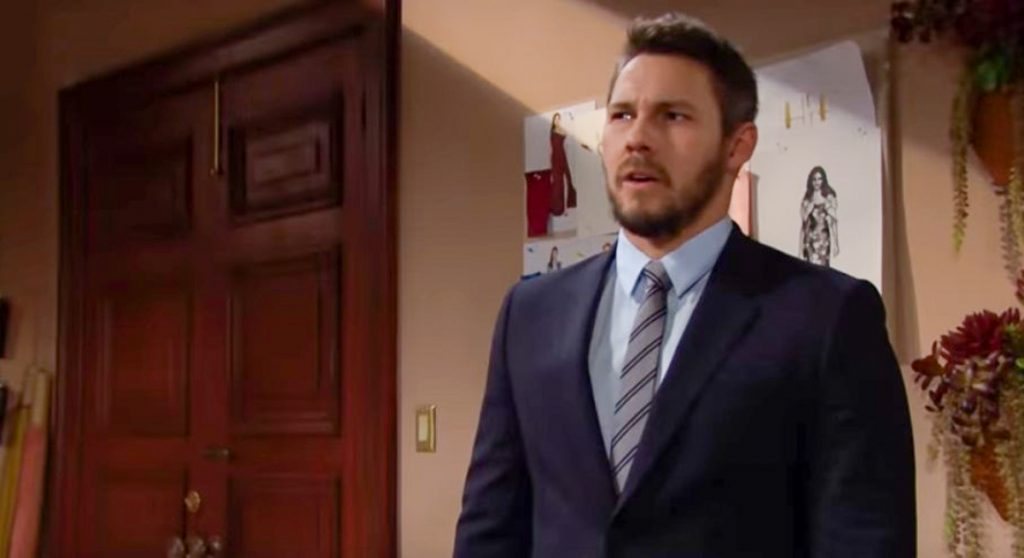 Thomas Forrester (Matthew Atkinson) hoped for conflict on ‘The Bold and the Beautiful’. And yes, that was a wink toward the woman, Hope Logan (Annika Noelle), he still believes cares for him.

Refusing to recognize that Hope loves Liam Spencer (Scott Clifton), Thomas is determined to disrupt ‘Lope’s’ latest revival. The tension between these two lead male characters is increasing, as they nearly came to blows in the cabin.

Now, with Liam’s conditional marriage proposal having gone awry, there’s just no telling what happens in this fictional version of Los Angeles, California.

Bold And The Beautiful Spoilers – Douglas Forrester Is A Proxy

Hope knows that Thomas is still using Douglas Forrester (Henry Joseph Samiri) to maintain access to her. But the mutual affection Hope and Douglas share, along with the boy’s safety and well-being, negate Liam’s request that Hope end her co-parenting arrangement with Thomas.

Tying that to his remarriage request looks to be a mistake, as Hope was instantly distraught at the thought of having to pick and choose. And, she seemed inclined to maintain her legal stance as Douglas’ mother.

The Bold and the Beautiful Spoilers: Hope And Liam’s Future In Limbo – Thomas Gets Exactly What He Wants https://t.co/VkhT6K9wh1 pic.twitter.com/ge5zxExXJm

Bold And The Beautiful Spoilers – Full Custody Is An Option

Something would need to change in order for Hope to take what would be a dramatically bold and risky step to seek full custody of Douglas, which was the longterm plan she suggested to her mother, Brooke Logan (Katherine Kelly Lang) in the recent past. The implied, dynamic shift could involve Thomas committing some provable act that would render him unfit to remain as his son’s co-parent.

But hardcore B&B fans know that Thomas already did commit a crime last summer. His tailgate of Emma Barber (Nia Sioux) off Mulholland Drive didn’t involve contact with her vehicle. So, even if evidence was discovered that confirmed his close proximity to her car, that likely wouldn’t be a chargeable offense.

However, leaving the crash scene without offering to help Emma, or calling for assistance, violated the law. Someone, besides Ridge Forrester (Thorsten Kaye), needs to overhear that information and then pass it along.

Bold And The Beautiful Spoilers – Zoe Buckingham In Prime Position

Zoe Buckingham (Kiara Barnes) is choosing to believe that Thomas cares for her. He does, as much as any self-involved person could. Zoe serves Thomas’ purposes, as she now willingly plays the role of his significant other.

When, likely not if, Zoe confirms that she’s merely a pawn in Thomas’ latest manipulative game, she will be hurt. But Barnes’ character’s history also means that Zoe could be vengeful.

As B&B fans know, Thomas isn’t discrete. So if he admits to what happened on Mulholland Drive, or even talks in his sleep, Zoe will gain ammunition that can be used at a later plot point.

General Hospital Spoilers: Is Nikolas Still Married To Hayden? How Will Ava React?