‘The Young and the Restless’ Spoilers: Sharon Benefits From Good Parenting – Mariah and Faith Support Mother 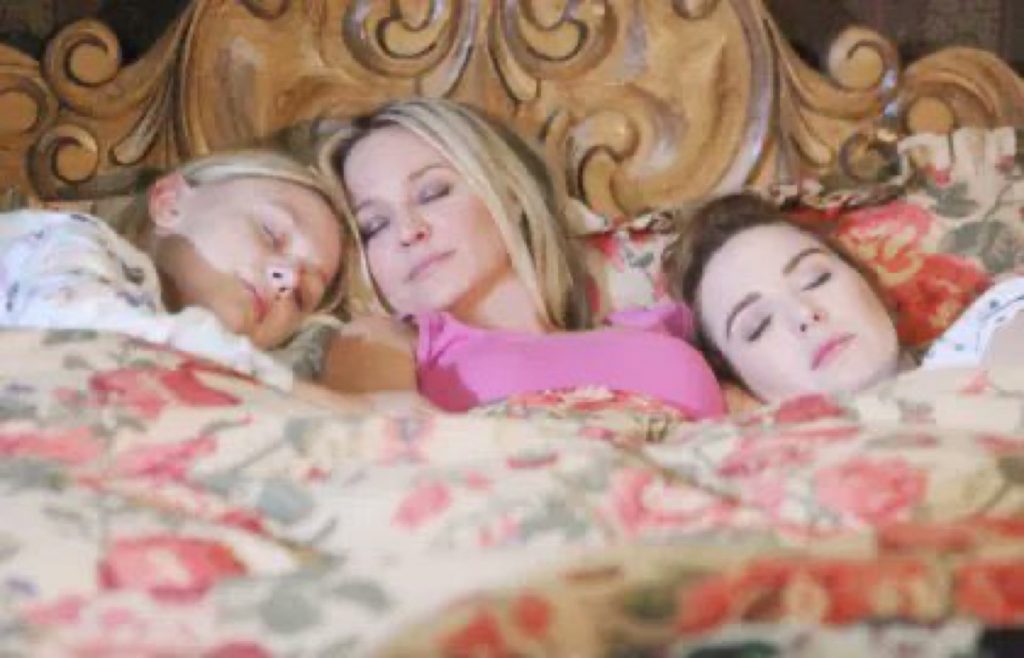 The Young and the Restless spoilers document that Sharon Newman’s (Sharon Case) total commitment to her children is being rewarded. Now, in her time of need, Mariah Copeland (Camryn Grimes) and Faith Newman (Alyvia Alyn Lind) are there for their mother, as they should be.

Sharon’s cancer diagnosis means that she’s begun enduring what could be a lengthy process of chemotherapy treatments, with other potentially needed measures also being taken. Early progress is being made on shrinking the tumor in Sharon’s breast, with side effects of the effective medicine being physically and emotionally upsetting.

Young And The Restless Spoilers – Sisters Are Naturally Fearful

Mariah is approximately 30. Faith is in her early teen years. However, the age gap between them doesn’t relate to the depth of fear each has for their mother’s current plight.

Sharon’s situation became scary when the ladies were forced to stay in the cottage during a raging Wisconsin winter storm. What at first appeared to be nausea developed into other symptoms that indicated some type of infection, or illness that could jeopardize an upcoming chemo treatment.

The above led to panic, as the roads weren’t passable and Sharon believing that she might need to go to the Emergency Room at Genoa City Memorial Hospital.

Case is a modern daytime icon, having debuted as Sharon in 1994. Her cross of the quarter-century mark last year was truly noteworthy, reminding hardcore fans of this actor’s deep range and resume.

Grimes has truly become Mariah. Of course, she’ll always be remembered for initially portraying Cassie Newman (Grimes’ first role on Y&R). But the nature of this identical twin and the breadth of scenes this actor plays masterfully serves to underscore that this one-time truly great child actor has developed into a stellar adult performer.

Lind’s recent return to the cast was welcomed, as she hadn’t been working regularly on the show due to other entertainment projects. She, like Grimes in the 1990’s and early 2000’s, ranks in modern times with the top child actors. It’s satisfying to watch Lind’s growth as Faith ages.

The Young and the Restless Spoilers: Victor and Adam Find A Compromise While Victoria Continues To Recover https://t.co/C8HNWaXbyZ pic.twitter.com/rND8yMXsWB

Sure, Sharon has the support of her daughters and son, Noah Newman (Robert Adamson). She has Nick Newman’s (Joshua Morrow) full backing and the love of Rey Rosales (Jordi Vilasuso). But that alone won’t help her to win this cancer battle.

Thankfully, Sharon has been expanding the circle of people who are in the loop, as she’ll need as many people as possible to sustain her during this fight. Unless Case is leaving the cast, Sharon will prove victorious. The time between now and then will allow Y&R to project a realistic message about this important topic and for Case, along with her colleagues, to deliver outstanding performances.